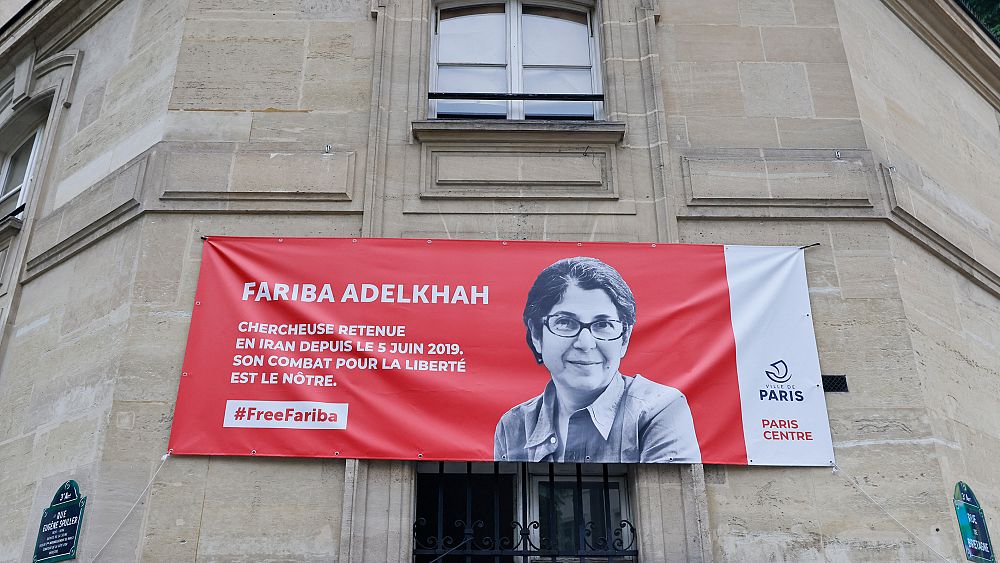 French-Iranian anthropologist Fariba Adelkhah has been re-imprisoned in Iran, her support committee said in a statement as Paris warned that her incarceration will have “reduce confidence” between the countries.

“It is with great shock and indignation that we have been informed that Fariba Adelkhah…has been re-imprisoned in the prison of Evin,” her support committee said.

The Sciences Po research director was arrested in Tehran in 2019 and sentenced to five years in prison on trumped-up charges, her colleagues said.

“The Iranian government is cynically using our colleague for external or internal purposes that remain opaque, and that have nothing to do with her activities,” her support committee said in a statement.

“We were astonished to learn that the Iranian authorities have decided, without any explanation or prior information, to re-incarcerate our compatriot Fariba Adelkhah,” the foreign ministry said in a statement.

Adelkhah had been under house arrest since October 2020 with an electronic bracelet.

“The decision to return to prison, which we condemn, can only have negative consequences on the relationship between France and Iran and reduce confidence between our two countries,” the foreign ministry added.

Her re-imprisonment comes as talks to bring parties back to the Iran Nuclear Deal continue, with the French government indicating earlier this week that negotiations were moving too slowly.

There are several cases of dual citizens and foreign nationals linked to Western institutions being detained in Iran.

British-Iranian Nazanin Zaghari-Ratcliffe has also made international headlines, with her imprisonment linked to a debt the UK government owes Iran.