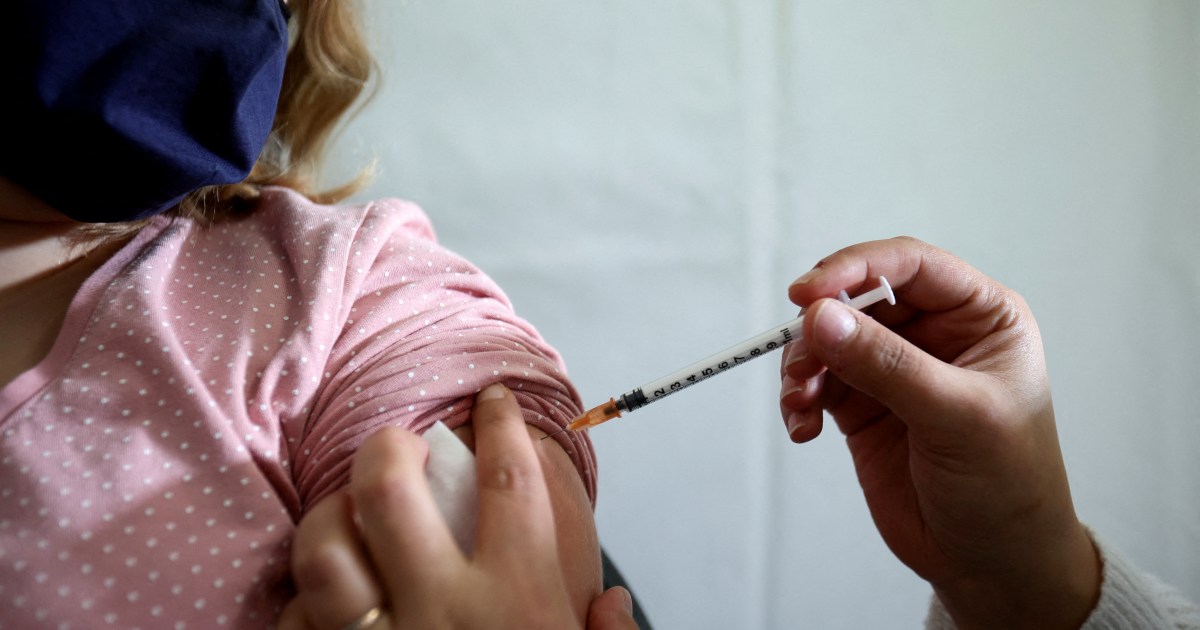 Officials hope the bill comes into force by January 15 as France faces a surge in infections.

France’s parliament has approved President Emmanuel Macron’s plans for a COVID vaccine pass to help curb the spread of the Omicron variant after a tumultuous debate whipped up by Macron’s comments that he wanted to “p**s off” the unvaccinated.

Macron told Le Parisien newspaper earlier this week that he wanted to make the lives of those refusing the COVID-19 vaccine so complicated by squeezing them out of public places that they would end up getting jabbed.

Macron’s coarse language barely three months before a presidential election was widely seen as politically calculated, tapping into an intensifying public frustration against the unvaccinated.

More than 90 percent of those above 12 have received at least two doses, government data shows. Health Minister Olivier Veran said a record number of people since October 1 received a first shot on Wednesday after Macron’s comments were published.

Legislators in the lower house passed draft legislation on Thursday including the vaccine pass shortly after 5am local time (04:00 GMT) after an all-night session by a margin of 214 to 93. Many of those who voted against the bill were from the far right or hard left.

The legislation will go to the Senate before a final vote in the National Assembly.

For months, people in France have had to show proof of vaccination or a negative COVID-19 test to enter venues such as cinemas and cafes and use trains.

But with Delta and Omicron variant infections surging, the government decided to drop the test option in the new bill.

The vaccine pass rules will apply to those aged above 16, and not above 12 as the government had initially sought.

European countries are divided on how to coerce citizens into getting vaccinated.

Italy on Wednesday made COVID-19 vaccination mandatory for people from the age of 50, with teachers and public health workers already obliged to get the shot. British Prime Minister Boris Johnson slammed those who refuse vaccination, but said he would not force anyone to get a jab.

Prime Minister Jean Castex said countries that had moved towards compulsory vaccinations such as Italy and Austria had lower vaccination rates than France.

Castex also said France was ready to move towards a fourth COVID shot when the time was right.

On Wednesday, France registered a record of more than 332,000 new COVID-19 cases in the last 24 hours, and a further 246 COVID deaths in hospitals.