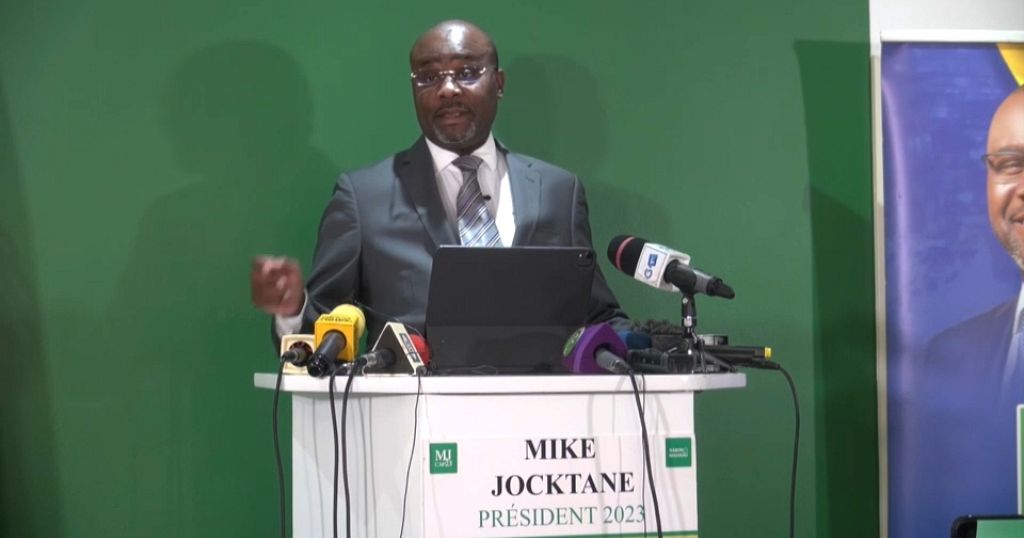 Gabonese bishop and politician Mike Jocktane held a press conference in the capital, Libreville to talk about his candidacy for next year’s presidential election. In his speech, the president of the political party Gabon Nouveau said he aimed to build a unified society and called for changes in the electoral process.

“I have always worked with faith and honesty to meet the needs of my Gabonese brothers and sisters. It is with this same faith and ethical mindset that I have decided to run for president to defend the interests of all Gabonese men and women”, said Mike Jocktane.

Mike Jocktane, 49, became famous in the early 2000s when young pastor he turned bishop. Shortly after, former president Omar Bongo (1967-2009) chose him as his deputy chief of staff.

Gérard Ella Nguema, 2016 presidential candidate has known the bishop for some time and fears Jocktane’s presidential ambition could offend one or the other of his engagements. “We simply ask him to be very careful not to slip from one camp to another. Or not to wear the same jackets at the same time, comments Nguema, We all know that he is a bishop but, from the moment he commits himself to the battle of the judiciary, let him not brandish his quality as a man of God at any moment”.

During his press conference in the capital Libreville, the politician also insisted on the need of for free and transparents elections and made suggestions which include the implementation of an electoral timetable as for the moment no dates have been set or revealed.