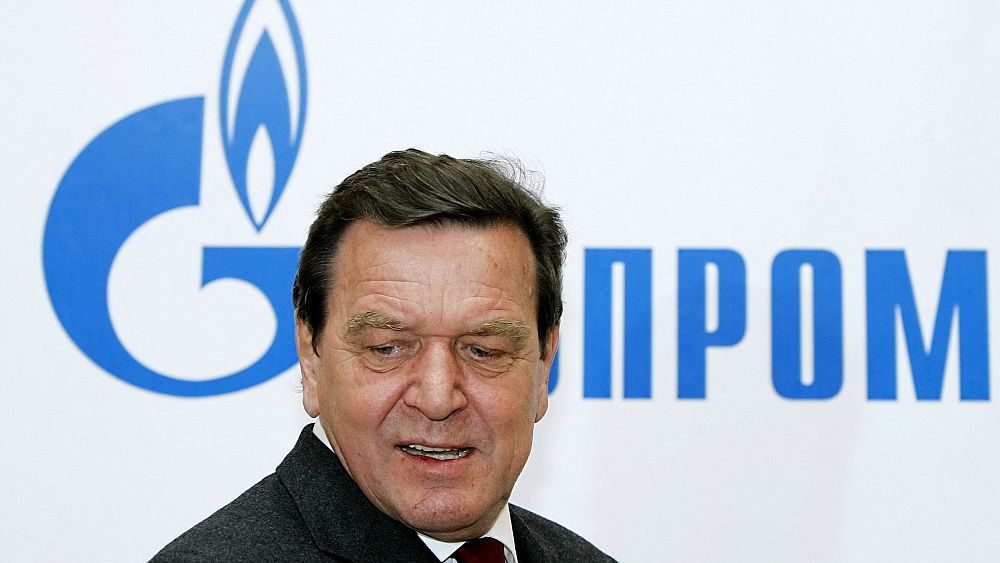 The co-leader of Germany’s largest party has called on former chancellor Gerhard Schröder to leave the party over his ties to Russia.

Schröder’s ties to companies in the Russian energy industry have isolated him within Olaf Scholz’s Social Democratic Party (SPD).

“[He] has been acting for many years now only as a businessman, and we should stop seeing him as an elder statesman, as a former chancellor,” said Saskia Esken, one of two co-leaders of the SPD.

“He earns his money with work for Russian state companies,” she told Deutschlandfunk radio, adding that Schröder “should” leave.

The 78-year-old is chairman of the supervisory board of Russian state energy company Rosneft and also has been involved with the Nord Stream and Nord Stream 2 gas pipeline projects.

Former French Prime Minister Francois Fillon has resigned from the boards of two Russian firms in protest over Russia’s invasion of Ukraine.

Schröder — who led Germany between 1998 and 2005 — has ignored calls from the party, and from Scholz, to give up his posts.

In recent comments to the New York Times, the former chancellor stated that the mass killing of civilians in Bucha “has to be investigated” but added that he didn’t think the orders would have come from Russian President Vladimir Putin — with whom he had developed a close relationship.

Schröder also said that he had no intention of resigning from his seats on the boards of Russian energy companies.

At a news conference later Monday, Esken said the comments made Schröder’s position even more untenable.

“His defence of Vladimir Putin against the accusation of war crimes is absurd,” Esken said.

Giving up his Russian energy posts “would have been necessary to salvage his reputation as a former and once really successful chancellor, but unfortunately, he didn’t follow this advice,” she added.

The Social Democrats’ local branch in Schröder’s home city of Hannover says it has received 14 requests so far to expel him.

Esken has warned that such proceeding to decide on his expulsion “need a lot of time” and face “very high hurdles”.