German police carry out raids over negligence during deadly floods 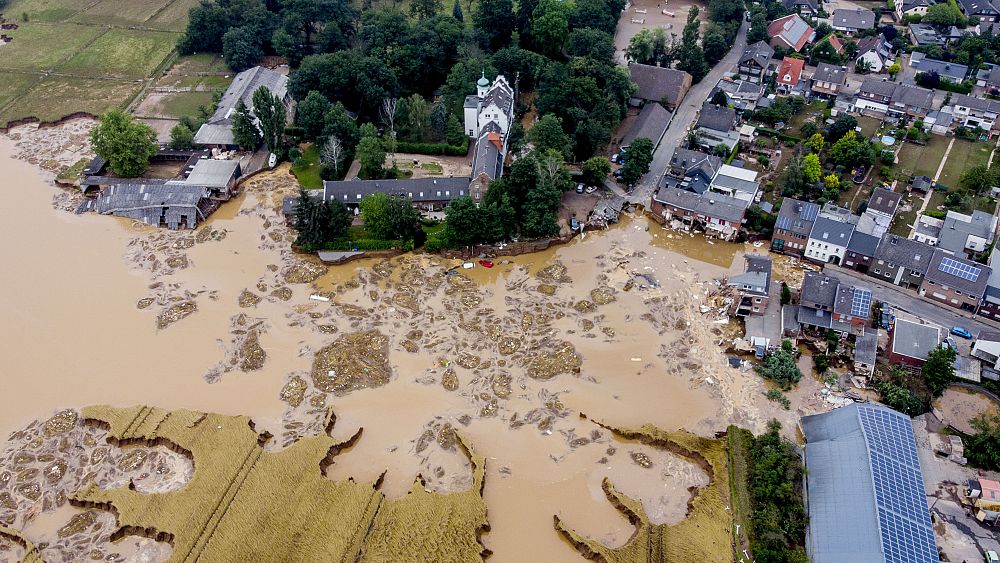 Police in western Germany have raided several offices and homes as part of an investigation into last summer’s deadly floods.

The searches focused on the owner of an opencast mine in Erftstadt, near the city of Cologne, according to the DPA news agency.

Five people from the mine’s operating company, as well as four regional district council workers, were also under investigation.

Prosecutors are probing whether the suspects negligently caused a flood at the mine and endangered the facility.

According to the investigation, a gravel pit at the mine had filled with water last July due to insufficient flood barriers.

The water later caused to ground around the pit to collapse during heavy rain, which had flooded the nearby river Erft.

The subsequent floods damaged several buildings in the village but have not been directly linked to any casualties.

More than 20 homes and offices were searched by 140 police officers on Tuesday, led by the public prosecutor’s office in Cologne. The ten suspects are aged between 29 and 65 years old but their names have not been revealed.

Over 180 people were killed and hundreds more injured during last year’s devastating floods in Germany and Belgium.