In a major policy shift, the German government has authorised the supply of dozens of tanks to Ukraine. The announcement came as Nato and other Western allies met at a US air base in Germany to consider how to help Ukraine defend itself against the Russian invasion. The United States said Russia would eventually be defeated and promised to support Ukraine “for the long haul”. Meanwhile the UN Secretary General Antonio Guterres held talks in Moscow with President Putin. He said that the war was a violation of the integrity of Ukraine's territory and against the UN charter. The Russian leader said he hoped for a diplomatic solution to the conflict and denied Russian involvement in atrocities against civilians. Huw Edwards presents BBC News at Ten reporting by Russia editor Steve Rosenberg in Moscow and diplomatic correspondent Paul Adams. Please subscribe HERE http://bit.ly/1rbfUog #BBCNews 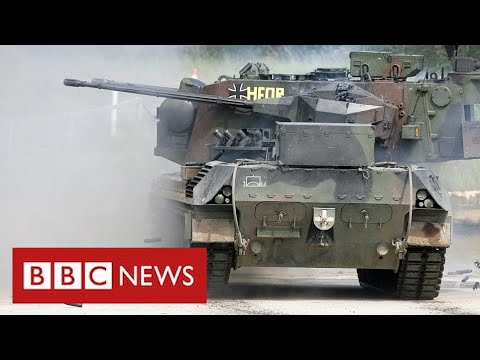