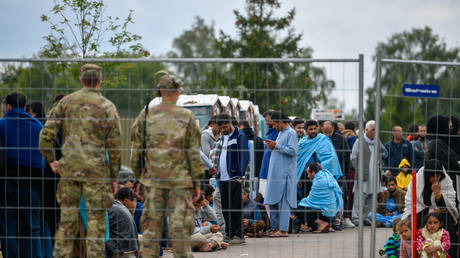 German courts are no longer required to ensure a deportee being sent home can earn a sustainable livelihood there, the Federal Administrative Court ruled on Thursday. The ruling, handed down in Leipzig, reversed an earlier decision.

While authorities are still required to determine whether a deportee can meet their “most basic needs for a foreseeable period of time” before shipping them back to their home country, they need not ensure a minimum subsistence level can be met and maintained in the long term.

Thursday’s decision stems from the case of an Afghan national who failed to be granted asylum in Germany. The Mannheim Administrative Court banned deporting him to Afghanistan anyway, arguing that given the dire state of that country’s economy, it would be impossible for even the fittest citizens to meet their basic needs there. The case is set to be retried this month due to the change in economic situation brought about by the Taliban’s return to power.

However, European law does not require the deporting authority to ensure the deportee has a sustainable livelihood upon their return. A deportation ban can only be secured if the threat of encountering “serious human rights violations” takes place in such close temporal proximity to the return that it can be attributed specifically to the individual’s arrival in their home country.

“If a foreigner who is obliged to leave the country is able to take advantage of assistance that will prevent him or her from becoming destitute within a foreseeable period of time, a deportation order can only be waived as an exception if the person concerned is threatened with facing destitution soon (upon return) and with a high degree of probability upon using up the return assistance,” the ruling states.

Along with Sweden and other European countries, Germany temporarily halted deportations to Afghanistan when the Taliban resumed control of the state in August. The country had initially argued this was a bad idea, noting it would lead to more Afghans trying to illegally enter Europe, but later had a change of heart.