Climate change is likely to increase the number of viral transmissions across species, posing further risk to other animals and humans, according to a study published in Nature. SUBSCRIBE to ABC News: https://bit.ly/2vZb6yP
WATCH MORE on http://abcnews.go.com/
LIKE ABC News on FACEBOOK: https://www.facebook.com/abcnews
FOLLOW ABC News on TWITTER: https://twitter.com/abc
#ABCNews 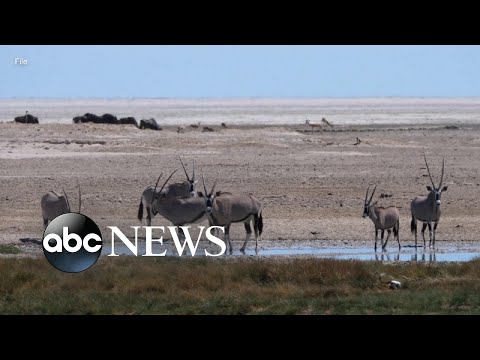