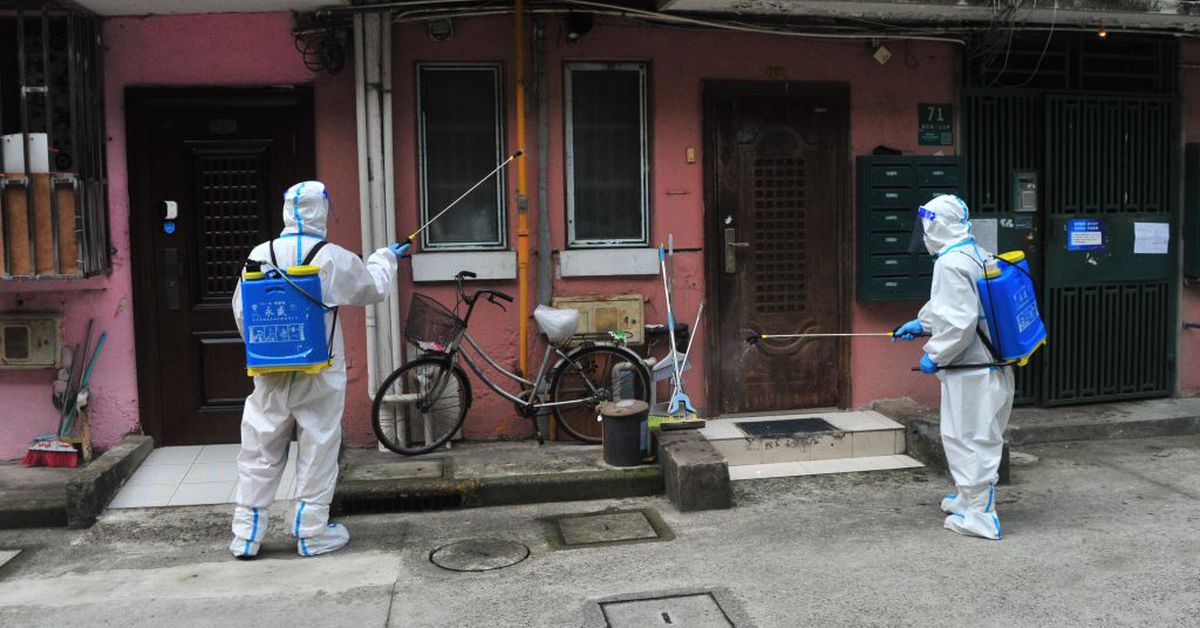 Green metal fences have sprung up around some buildings in Shanghai as the mega Chinese city of 25 million people struggles to contain a growing COVID-19 outbreak.

Images coming out of Shanghai show squads of workers in white hazmat suits monitoring people and conducting cleaning operations, while a series of mysterious two-metre-high green fences has penned in some residential compounds.

It is not clear why the fences have been installed.

Photos of the fences have been posted on social media platform Weibo, where some users reacted angrily.

“Isn’t this a fire hazard?” one user asked.

“This is so disrespectful of the rights of the people inside, using metal barriers to enclose them like domestic animals,” said another.

Most of the green fences appear to have been set up around buildings where at least one person has tested positive for COVID-19 and residents are forbidden from leaving.

Lockdowns and enforced quarantines in Shanghai have sparked anger and desperation among citizens, who have struggled for access to food and medical care.

The city had earlier said it was not going to implement a full, citywide lockdown, leaving many unprepared when officials rapidly changed course late last month.

Shanghai’s failed weeks-long lockdown has brought the financial hub to a halt.

The city reported more than 20,000 new cases on Saturday, according to national figures released Sunday morning.

That marks a record high since city officials first reported fatalities in the city’s on-going outbreak on Monday, though questions have been raised about whether the numbers account for all fatalities.

Beijing is also now racing to track a COVID-19 outbreak that may have been spreading in the capital for a week, raising the prospect more stringent restrictions could soon be enforced.

At a press briefing on Saturday, Beijing officials said they were tracking cases across multiple districts and involving students, tour groups, and interior decoration workers.

“The situation is urgent and grim.

“The whole city must act immediately.”

The rush to contain the outbreak comes as fear grow across China that more stringent measures could be in store as the country sticks with a “zero-COVID” policy to eliminate the spread of the virus in each outbreak.

That policy has faced its most stark challenge since March 1 as the highly transmissible Omicron variant sparked several simultaneous outbreaks.

Case counts have ballooned to unprecedented levels in China, driven by large outbreaks in northeastern Jilin province and Shanghai.