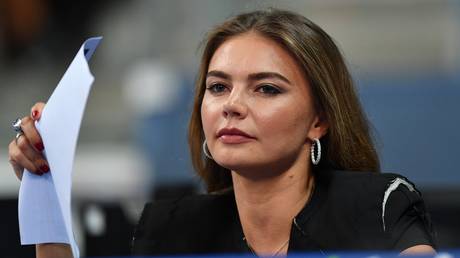 Olympic gold medalist Alina Kabaeva believes that the absence of Russians on the world stage of rhythmic gymnastics will cause the sport to fall into “degradation”.

Russian gymnasts are currently prohibited from taking part in international competitions due to a ban imposed by the International Gymnastics Federation (FIG) as a response to Russia’s military operation in Ukraine.

“This sport was born in our country and until now Russia has been a trendsetter in rhythmic gymnastics,” the 38-year-old continued.

“The absence of Russia in this sport will lead the world rhythmic gymnastics to degradation. And we will develop.”

Kabaeva, who won 14 World Championship and 21 European Championship medals, insisted that “sport, just like culture, should unite people not divide them.”

The remarks from Kabaeva, who served as a State Duma Deputy after her retirement, are her latest on anti-Russian sanctions after last month she said “there has never been a more disgraceful page in the history of world sports.”

“The leadership of many international sports organizations has long been engaged in completely unsportsmanlike affairs under various pretexts. Now it is no longer hidden,” Kabaeva added at the time.

Russian gymnastics officials have suggested they will hold their own events in the absence of international competition.

Among the stars affected by the current ban are the likes of 18-time world rhythmic gymnastics champion Dina Averina and her twin sister Arina, also a multiple title winner at world and European level.