Almost six months have passed since the start of Russia’s special military operation in Ukraine, and the scenario before our eyes is not what the West expected.

The expectations cultivated by Western chancelleries here in the Empire of the Good Ones, were to see Russia quickly lose its initial momentum, ending up mired in a rasputiza of mud, political and economic sanctions, and military defeats that became more and more apparent until the Russian armies would have to stop and return to Moscow with their heads down and tails between their legs, defeated and humiliated.

It is difficult to understand what goes through the minds of many Western analysts who deny the evidence or, at least, do not suspend judgment pending more definite events. Perhaps a misplaced sense of patriotism drives some of them to systematically side with what is now the wrong side since the fall of the Berlin Wall and the dissolution of the Soviet Union. Thinking of others also it brings to mind Udo Ulfkotte, the necessities of daily living and those small, indispensable, luxuries that make life so pleasant for some people, so that they forget they are just clever paid scribblers.

Despite the impressive number of sanctions the West has imposed on Putin’s Russia, despite the military, economic and intelligence aid provided to the Kiev regime, the Donbass is now almost entirely liberated and Moscow is preparing to free Odessa and Transnistria as well. Unless an unexpected twist happens on the ground in favour of Kiev and its president capable of playing a piano with his own penis, it is very likely that the war will end with Russian victory and the achievement of the goals Moscow had set for itself.

What goals, in medium and long term? Leonid Savin, Russian geopolitical expert, answered our questions about the possible future ahead.

Why has American foreign policy been stuck for decades on the usual tracks that we are all familiar with by now?

The main technique of the US is simple. In domestic politics it based on iron triangle formula (corporations – lobby – government) that also effected on foreign policy. But for international relations Washington uses stick and carrot principle masked under idea of hard power/soft power. But the goal is the same – control of resources abroad, dominance and hegemony.

Is it possible that the current situation, including the conflict in Ukraine, is due to Russia’s past excessive reasonableness toward the West?

Is it because of the West’s irresponsibility and twisted logic. Even in the USA many scientists and politicians agreed that crisis in Ukraine was result of the NATO expansion pushed by the US. Now we see many initiatives run by Western governments, especially by the US to isolate and separate Russia. Spirit of the Cold war still in their heads. But times of Cold war was over. Russia will not wait and see how the West try to destroy it.

Are the White House, Pentagon and State Department all following the same agreed course of action? Or can we expect another “generals’ frond” as happened with Syria?

It seems that White house and State Department have consensus about Russia. Pentagon is more careful, but they follow orders from Biden and Blinken. Recently Dept of Defence announced that will provide additional assistance to Ukraine. So, in general we see united strategy against Russia.

Russia but also Germany. Does the crisis in Ukraine also target castrating Berlin’s aspirations for greater independence from London and Washington? In your opinion, might Berlin have sought Moscow’s protection in the past years by pursuing a long-term agenda?

Axis of Moscow-Berlin-Paris is the worst nightmare for atlanticists. Actually, in the book of Brooks Adams written in the end of 19 century you can find thesis about necessity for the US to prevent friendship of China, Russia and Germany in the future for the benefit of Washington. The USA is afraid continental integration of Eurasia in any form. Because of it they use strategy Divide and Conquer. Till now there is no sign that Berlin will start sovereign and independent policy. Some ministers to do sheepish steps only. We heard that Germany will not provide arms and weapons to Ukraine anymore cause need to keep Bundeswehr in normal state. It is cool, but not enough. In other hand good lesson from Russia dealing with gas supplies and prices itself will be useful for German politicians how to think in right way.

Is the special military operation in Ukraine proceeding according to the plan?

Yes, exactly. It is going step by step. There is no concrete term, but goals. Now Lugansk People’s Republic is liberated. Next step is Donetsk People’s Republic and other regions of Ukraine. Every day there are less chances for dictatorship of Zelensky and more opportunity for next Russian demands.

Is Kiev seriously risking of finding itself without any sea outlet and the extent of its territory largely reduced, even in favour of some of its “friends” on the western border?

“Friends” on the Western border are very interested to integrate these parts of Ukraine into own territory by occasion. I think that such kind of occasion will emerge soon. But seacoast has also strategic importance for Ukraine. Actually, regions producing of most GDP of Ukraine (industrial sectors in the South East) are under Russian control now. Odessa port will be good prize after more success in Zaporozhie region and Nikolaev region when it will be under Russian administration (I hope very soon).

Can you give us an update on the (unfortunately) notorious U.S. biological laboratories in Ukraine?

Last news was about connection about missing Russian citizens in Ukraine since 2014 and activity of these labs. Now investigations are going on.

Let’s talk about economy. Does the MIR system make Russia SWIFT-independent and safe from its eventual exclusion?

Inside Russia we can use Mastercard and Visa – there still no problem for it. MIR is more independent because it is domestic product, but limited abroad. Now the Russian government is in negotiation process to implement the MIR system in friendly countries.

What will the new international reserve currency look like? Will it be exclusive or will it coexist with the dollar?

In Russian stock currency market, we see that the yuan is more useful than the US dollar now. China is building own transaction system. Also, Bejing and Moscow agreed to organize one more global currency to avoid any dependence.

Has the American unipolar moment ended for good?

Yes, of course. But like any global change we will have turbulence for some time.

If I may, I would like to conclude with a naive question: why are Western peoples still so sure that their governments are “good”?

There are a few reasons. Governments are from people and myth of democracy still strong. And political elites have tools of influence from education and mass media till repressive apparatus. Finally, for last decades there was serious decadence of independent political thinking effected by consumerism. 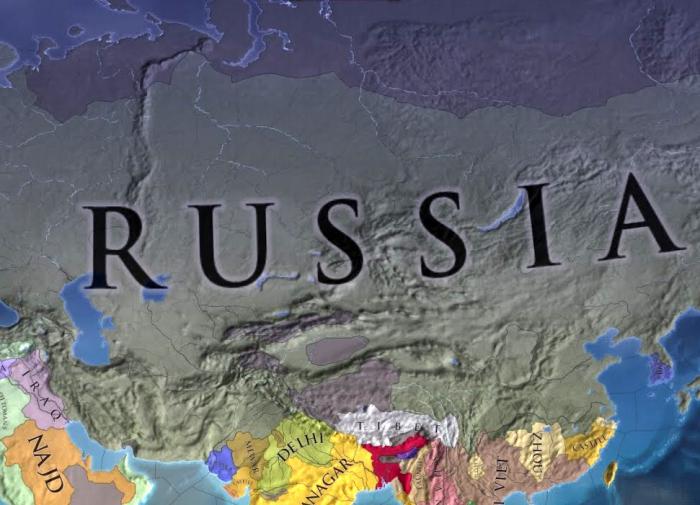