He says racism cost him the 2022 Beijing Olympics #shorts


Shaquille Murray-Lawrence was asked to quit his professional football career to become an Olympic bobsledder. He left the CFL and joined Canada’s national bobsleigh team in 2020, but he says racism kept him from competing at the Beijing Olympics this year. "I gave this sport everything that I had. I gave my country everything I had. I gave the organization everything I had. I made the ultimate sacrifice and I got screwed in the end," Murray-Lawrence said. Despite posting overall better performance results, Murray-Lawrence says his spot was given to a "walk-on" athlete who never even competed with his eventual Olympic teammates until the Beijing Games. Since joining the team, Murray-Lawrence has raced for Canada in the four-man bobsleigh event 11 times. As the brakeman and the last man to hop in the sled, he helped push his team to seven golds and two silvers while competing in North America and Europe. His main rival was Jay Dearborn, another CFL player. Dearborn competed in just five races in the past two years, and his best finish was fifth place in the four-man sled event, racing with Canada's best pilot. The two athletes have similar profiles — but with one glaring difference. "When one athlete is white and one athlete is Black, you know, do we see past that? Do we say, 'Oh, no, that's normal.' Or is there something deeply rooted?" Murray-Lawrence asked. The allegations of racism are putting Bobsleigh Canada Skeleton under increased scrutiny just weeks after the sport organization was called out for its "toxic culture" in an open letter signed by 90 current and former national bobsled and skeleton athletes. Bobsleigh Canada Skeleton said Dearborn had more experience in both two- and four-man races and the coaches wanted the option of using him in both events in Beijing. An arbitrator ruled in favour of Bobsleigh Canada Skeleton, saying that selecting Dearborn was a "reasonable" decision. CBC reached out to Dearborn, but he didn’t respond to multiple requests for comment. To read more: https://www.cbc.ca/1.6427801 »»» Subscribe to CBC News to watch more videos: http://bit.ly/1RreYWS Connect with CBC News Online: For breaking news, video, audio and in-depth coverage: http://bit.ly/1Z0m6iX
Find CBC News on Facebook: http://bit.ly/1WjG36m
Follow CBC News on Twitter: http://bit.ly/1sA5P9H
For breaking news on Twitter: http://bit.ly/1WjDyks
Follow CBC News on Instagram: http://bit.ly/1Z0iE7O
Subscribe to CBC News on Snapchat: https://bit.ly/3leaWsr Download the CBC News app for iOS: http://apple.co/25mpsUz
Download the CBC News app for Android: http://bit.ly/1XxuozZ »»»»»»»»»»»»»»»»»»
For more than 75 years, CBC News has been the source Canadians turn to, to keep them informed about their communities, their country and their world. Through regional and national programming on multiple platforms, including CBC Television, CBC News Network, CBC Radio, CBCNews.ca, mobile and on-demand, CBC News and its internationally recognized team of award-winning journalists deliver the breaking stories, the issues, the analyses and the personalities that matter to Canadians. 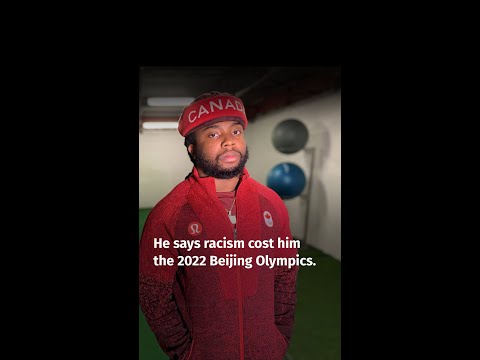