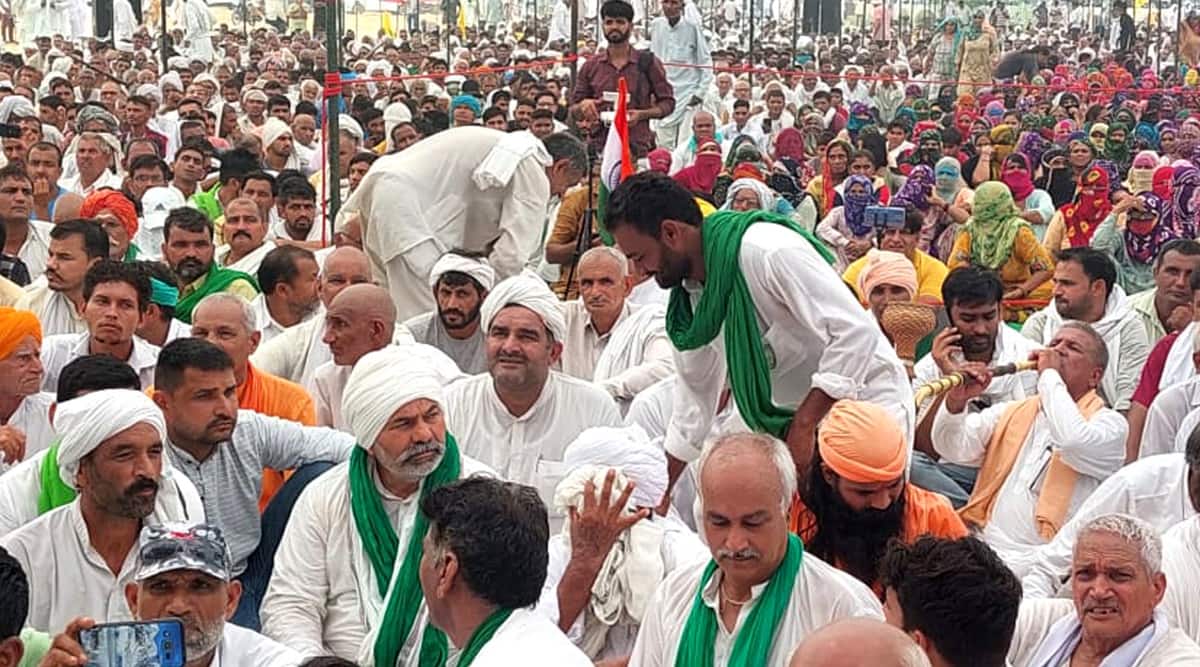 Five days after violent clashes took place between the residents of Haryana’s Khedar village in Hisar district and police which left one farmer Dharampal dead and several others, including policemen, injured, the talks between the agitators and the local administration on Wednesday succeeded in resolving the fly ash-sale standoff.

After a mahapanchayat which was also attended by senior farmer leaders, including Rakesh Tikait and Gurnam Singh Chaduni, the agitators had decided to put the body of the farmer on a local road while announcing an indefinite dharna there in case their demands were not met by 4 pm on Wednesday.

Moving further with their announcement, the agitators, including Tikait, sat on a dharna on the road with the dead body. The administrative officers, who were closely monitoring the developments, soon called the protest leaders for talks. Suresh Koth, a farmer leader who also took part in the deliberations, told The Indian Express that the agitators and the administration have reached a consensus on all the demands of the villagers.

Koth said: “The administration has agreed to withdraw the cases and give compensation to the family of the deceased farmer. We will cremate the body only after the four villagers are released from jail on Thursday.” These four villagers were arrested in connection with the violent clashes of July 8.

The villagers’ protest over the sale-rights of the fly ash generated after burning coal at the Rajiv Gandhi Thermal Power Plant at Khedar in Hisar had turned violent on July 8. Several protesters and police personnel had sustained injuries in the clash that took place when the agitators were moving towards the railway track to sit there on an indefinite dharna.

Residents of Khedar and several neighbouring villages had been sitting outside the power plant on a dharna for the past three months.

The villagers demand that they be given the fly ash, but the plant plans to auction it. Disputes over the fly ash have persisted since the plant was commissioned in 2010. Initially the villagers used to collect the fly ash, which is used in manufacturing cement and can fetch high prices. They had also been running a ‘gaushala’ with the money earned by selling the fly ash. However, the thermal plant authorities decided to sell the fly ash to private companies after its prices started soaring, the villagers alleged.

The agitators claim that the administration has now agreed to give the fly ash to the local gaushala at Rs 37 per tonne which will help in the smooth functioning of the gaushala. Koth said that the administration has agreed in principle to accept other demands also.
After the meeting, Hisar Deputy Commissioner, Dr Priyanka Soni, said: “In the past four days, talks were held on several issues. We reached a consensus on almost all issues. Khedar dharna committee has given assurance that it would lift the dharna and also cremate the body. As soon as they lift the dharna, we will initiate action on our part.”