Sixteen-year-old artist Anujath Sindhu Vinaylal does not need to look far to find his protagonists – what we encounter each day is a subject for contemplation. “Through my work, I am also sharing my life with others. These are my observations, what I see around,” says the Thrissur-based artist, about his debut solo titled “Around Me, a World of Wonders!”. After showing in his home city, it will travel to Kochi from May 14 to 20.

Describing the set of works as a part of his “daily drawings”, he tells us that the cat that features on the invite is one he often spots in his neighbourhood. We are also introduced to Raju Putur, a Tamil vendor selling household utilities, and taken to Anujath’s ration store in Kunduvara. He intricately draws jackfruits on display at Shoranur Road, Thrissur, and another frame has a street bull at the Thekkinkaadu Maidan, venue of the famous Thrissur Pooram festival . “I often interact with other children and many of them wonder what they can sketch and are reluctant to draw precisely because they aren’t sure. By sharing my drawings, I am also telling others that they can just draw what they see. There is so much beauty around us,” says Anujath, putting it simplistically, just as he does in his minimalistic drawings. 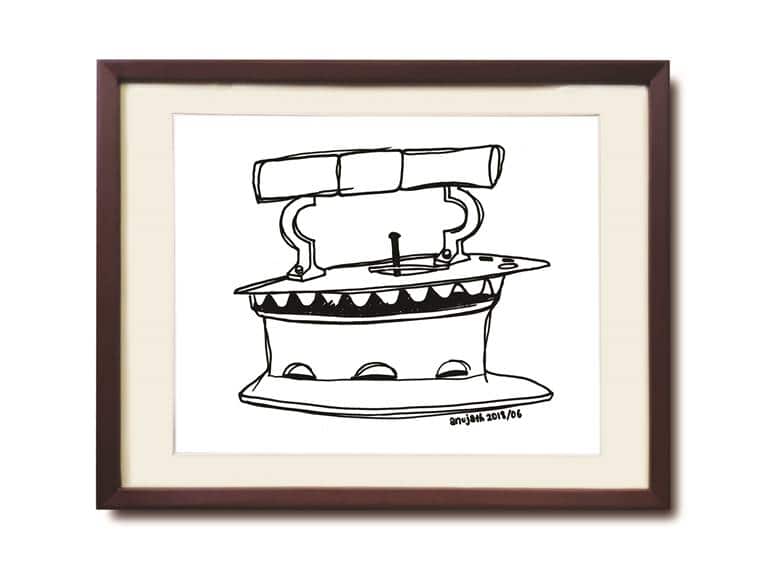 Untitled Ink drawing on paper (inspired from a scene from a nearby apartment) (Source: Vinaylal)

As a child, he remembers drawing hills and a house, like several other kids his age. It was his teachers in kindergarten and his father MK Vinaylal, a graphic designer, who first noticed the spontaneity with which he put his pen on paper. Anujath remembers his parents and elder brother helping him correct his mistakes. At nine, Anujath painted an acrylic in vivid hues that depicted a scene from Kerala with its backwaters, Kathakali dancers, hens hopping and coconut trees spread across the frame. The work won him first prize at the Clint Memorial International Painting Competition conducted by Kerala Tourism 2014. 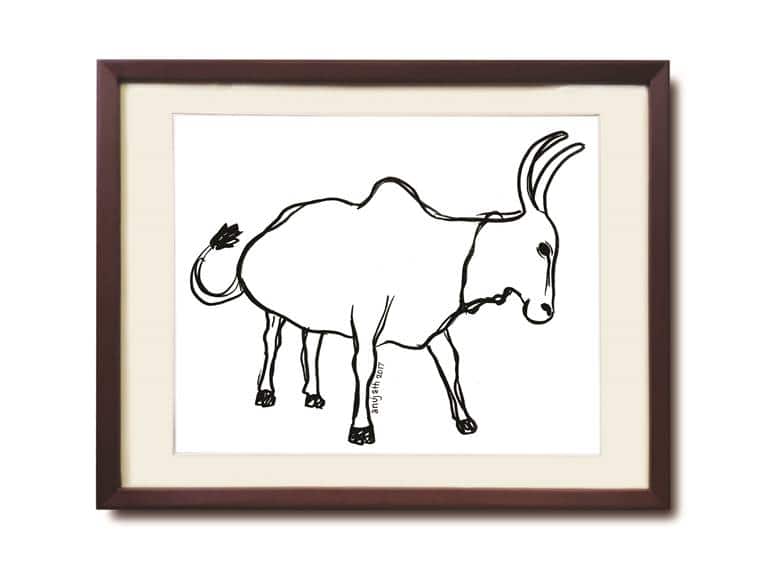 Though he won several national and international art awards in the subsequent years, he shot to attention after his work “My mother and the mothers in the neighbourhood” made it to Kerala’s Gender Budget Cover in 2020. “It was a pleasant surprise,” says the self-taught artist. Painted when he was 13, the acrylic also won him an international competition held by Shankar’s Academy of Art and Book Publishing in 2018-2019. It depicts women engaged in everyday household chores. The scenes ranged from a lady cooking to another doing laundry, feeding hens, doing the dishes, shooing away crows and braiding a child’s hair. The work was inspired by how Anujath would see his own mother occupied with the tasks. “She would always be doing something,” says Anujath. Ironically, the budget cover came months after his mother’s death, following a cardiac arrest. Since then, Anujath has continued with the “Mothers” series. While he has received commissioned work from across the globe, the accolades include the 2015 UN award for his painting on the theme “We have energy” and the 2016 President’s award from the Ministry of Women and Child Development. In 2019, his series “My Goats, Their Lives” appeared on the PSC bank calendar.

Words of encouragement come from Murali Cheeroth, chairman of Kerala Lalithakala Akademi. “He is a very genuine and spontaneous artist… Children, particularly, were very inspired by his work.” 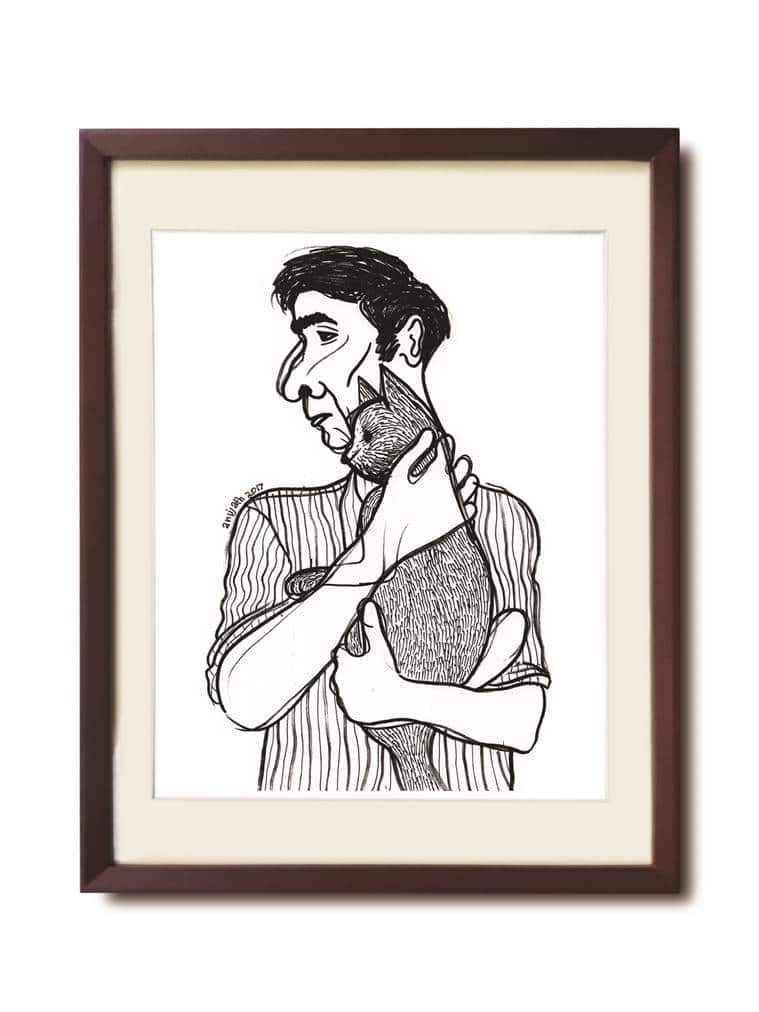 ‘A man with his Pet’ Sketch pen on paper (Source: Vinaylal)

A student of class XI at Devamatha CMI Public School, Thrissur, studies do restrict the hours he spends pursuing art but he does manage to take out time at night and over the weekends. Last year, he also designed the cover of Anjana Menon’s Onam in a Nightie, with true stories of resilience from Kerala during COVID. Befitting, the cover had, among others, policemen patrolling on bikes, a masked man in a lungi, and a PPE clad healthcare worker. “It was a good experience,” says Anujath. At present, he is preparing for Chiraku Foundation’s nation-wide Kala Yatra, which will feature his artworks based on observations of daily life. “We plan to provide a regular platform for the children to showcase original and organic works that are liberated from the conventional notions of art,” says Vinaylal.