How a Japanese boat trip ended in tragedy

It’s an old cliché, but an accurate one: disasters are not caused by a single mistake. Several things need to go wrong at the same time to cause a tragedy.

That appears to be exactly what happened on Saturday afternoon off the coast of Hokkaido in northern Japan.

The Shiretoko Peninsula is a spectacular place. It sticks far out into the northern Pacific, covered in densely forested mountains with waterfalls that cascade off high cliffs straight into the ocean.

The northern half of the peninsula is a national park and world heritage site. It is also home to Japan’s largest population of Ussuri brown bears, close relatives of the north American grizzly.

Apart from the stunning natural beauty, it is the bears that tourists come to see. And the easiest way to see them is by boat. Some companies claim to have a 90-95% success rate in getting their customers a bear sighting.

At around 10am on Saturday morning the Kazu 1 tour boat headed out of the little fishing port of Utoro – heading up the peninsula.

The boat could hold 65 passengers but on Saturday only 24 tourists were aboard. They had come from all over Japan. There were two small children, one just three years old.

The weather was bad. There were strong winds and three-metre (nine-foot) waves. This should have been enough to turn the boat around.

As the Kazu 1 headed north into stormy seas, local fishing boats were heading in the other direction, returning to port to take shelter.

The skipper of another tour boat says he told the captain of the Kazu 1 it was too dangerous to go out. But he says he was ignored. 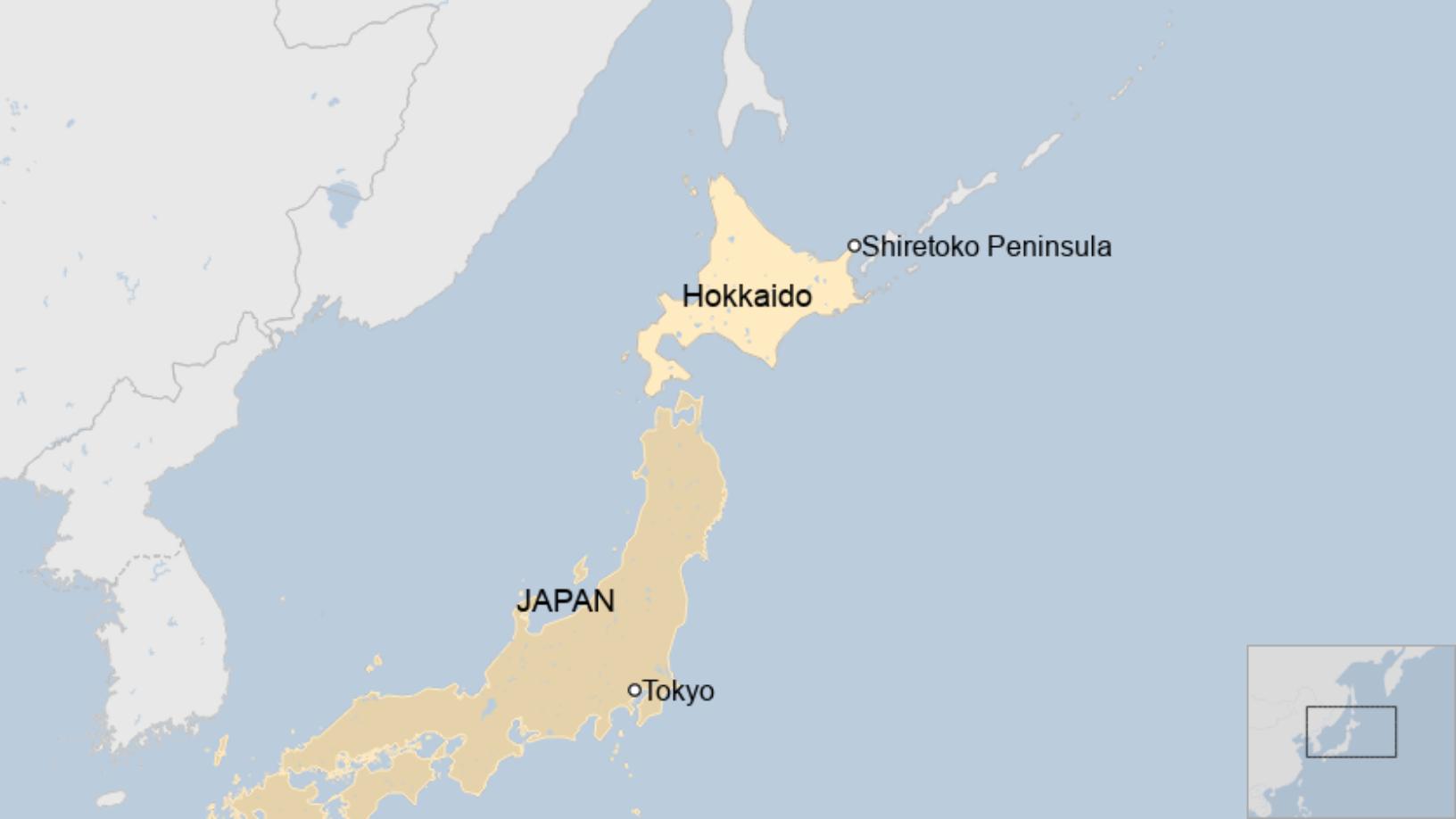 The captain of the Kazu 1 was inexperienced at skippering at sea.

According to Japanese media, he had been trained to operate lake boats but had been hired by the Shiretoko Pleasure Cruise company to replace more experienced skippers who had been “let go” by the owner.

The company was already under investigation after two previous safety incidents, including a grounding, in 2021.

At a little after 1pm on Saturday the coast guard received a distress call. The Kazu 1 was drifting with a broken engine and taking on water close to the Kashuni Falls. This is a particularly rugged piece of the peninsula, with few beaches, and cliffs plunging straight into the sea.

In April the water is still very cold, just a few degrees above freezing.

You might think that in Japan, where safety is almost a national motto, a passenger boat operating in frigid waters would be required to have life rafts on board.

But no. In-shore passenger vessels are not required to have rafts.

The Kazu 1 had only life vests and floats for passengers to hold on to. Plunged into the freezing waters off northern Hokkaido in April an average adult would survive no more than an hour, experts say. A child much less.

But rescue would not arrive within an hour, or even two. The first coastguard helicopter would not reach the Kashuni Falls until more three hours after the first distress call was received.

The north-east coast of Hokkaido is known as a “blind spot” for rescue services.

The closest helicopter base is 160km (100 miles) away. But on Saturday the closest coastguard chopper was out on another operation. It had to fly back to its base, refuel, and then head north to Shiretoko. By the time it arrived there was only 90 minutes of daylight left.

At the time of writing there are 15 passengers and crew still missing. An intense search is continuing.

But any hope of finding anyone alive is now pretty much gone. The anger and the soul searching have begun.

Important questions need to be answered: Not the least of which is why was an inexperienced skipper allowed to put to sea in treacherous conditions with completely inadequate safety equipment for the freezing waters off northern Japan?