How can Sri Lanka overcome its economic emergency? 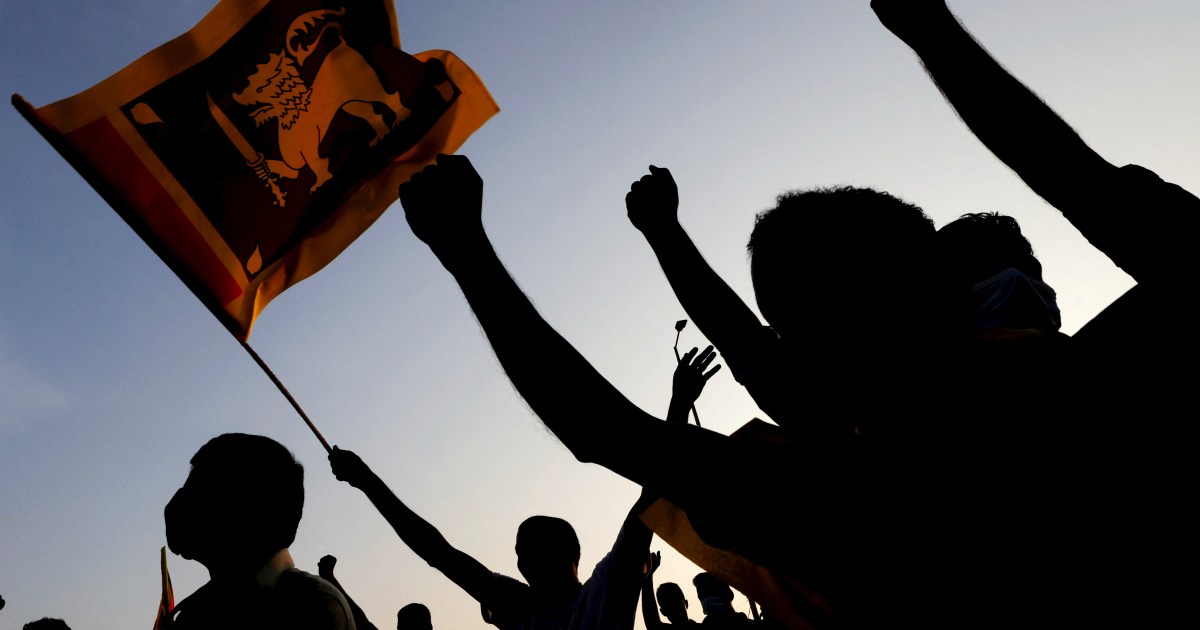 On Wednesday, April 27 at 19:30 GMT:
Protesters are continuing to call for the resignation of Sri Lanka’s government, as prices of food of fuel escalate amid a deepening debt crisis.

Rallies against the government of President Gotabaya Rajapaksa escalated on April 19, after police in the central town of Rambukkana shot dead a man amid protests over fuel prices. Authorities have pledged an inquiry into the killing, the first fatality in more than a month of anti-government protests.

Sri Lankan officials are now appealing to the International Monetary Fund for a loan package to alleviate the country’s deepest financial emergency since independence in 1948. The government is short of foreign exchange to pay international creditors, with at least $4bn in debt repayments due this year alone. The government has temporarily suspended foreign debt payments and is looking for new lines of credit as it awaits the IMF’s assistance. The World Bank has agreed to provide $600m in aid, Sri Lanka’s government said on Tuesday.

Critics of Rajapaksa’s government say economic mismanagement – particularly major tax cuts in 2019 and a ban on chemical fertilisers that led to crop shortages – is largely to blame for the crisis. The government has pointed to a drop in revenue from tourism and remittances from abroad as a result of the coronavirus pandemic and the lasting impact of a series of deadly bombings in Easter 2019.

With little foreign exchange on hand to pay for imports of essential goods, inflation on a year-on-year basis has surged to 18.7%. Many Sri Lankans are barely able to afford already scarce food and fuel, while hospitals are struggling to provide care due to shortages of drugs and equipment. The country is blighted by regular power cuts.

The announcement of a new cabinet by Rajapaksa on April 18 – coming two weeks after previous members resigned en masse – has done little to placate protesters. Thousands of demonstrators have in recent days massed outside the president’s office, demanding Rajapaksa step down – a call he shows no sign of heeding. Opposition parties have rejected Rajapaksa’s appeal to form a unity government, arguing that the crisis is the responsibility of the ruling coalition led by Rajapaksa’s Sri Lanka Podujana Peramuna.

In this episode of The Stream, we’ll look at how people in Sri Lanka are coping as pressure on the country’s economy continues to build.

In this episode of The Stream, we are joined by:
Minelle Fernandez
Correspondent, Al Jazeera English