Please subscribe HERE http://bit.ly/1rbfUog One in seven people in Warsaw is a refugee. Since the Russians first invaded, thousands have fled to Poland’s capital city to escape the horrors in their home country. Unable to house everyone, refugees have been placed into vast warehouses, often cramped together in poor conditions. Newsnight’s Lewis Goodall visited Warsaw to speak to those who have fled Ukraine, and to find out how the city is coping with the largest refugee crisis in Europe since World War II. #Newsnight #BBCNews #BBC Newsnight is the BBC's flagship news and current affairs TV programme – with analysis, debate, exclusives, and robust interviews.  Website: https://www.bbc.co.uk/newsnight
Twitter: https://twitter.com/BBCNewsnight
Facebook: https://www.facebook.com/bbcnewsnight 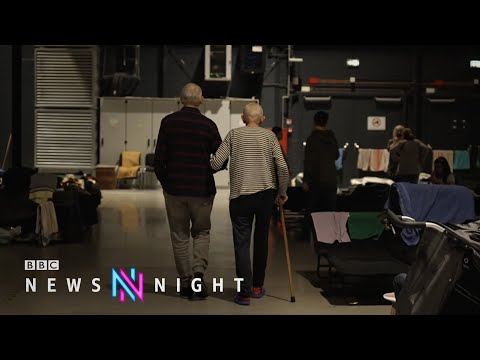