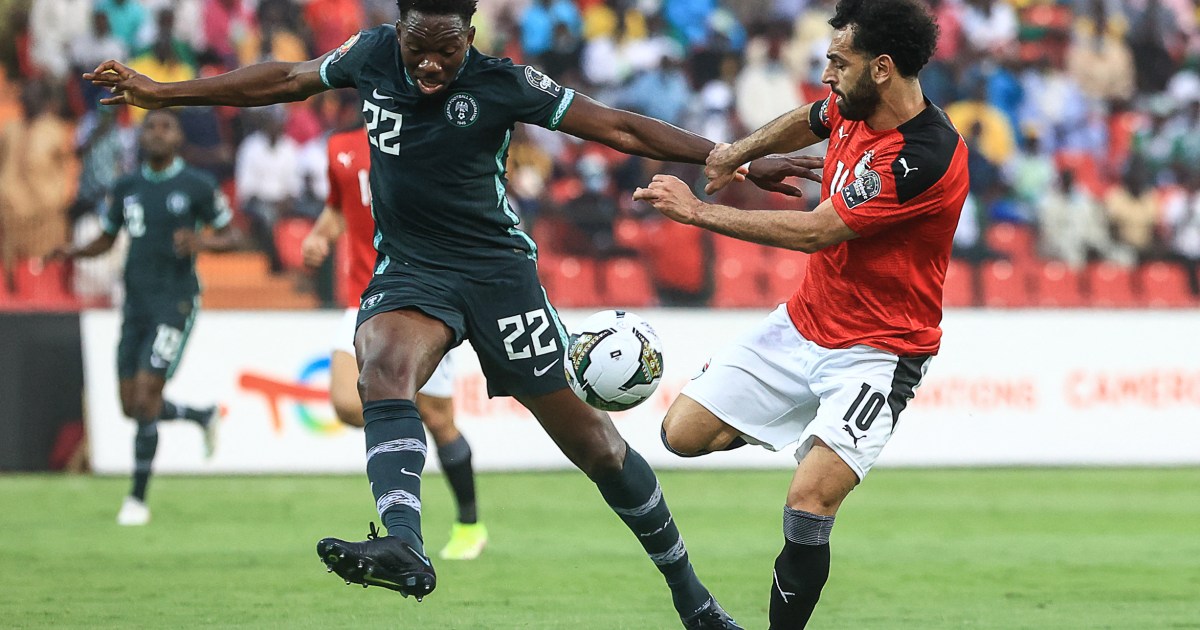 Leicester City forward scores the only goal of the match to put Nigeria’s troubled build-up to the games behind them.

Kelechi Iheanacho scored as Nigeria put a troubled build-up to the Africa Cup of Nations in Cameroon behind them on Tuesday to beat disappointing Egypt 1-0 in Garoua.

The Leicester City forward struck after 30 minutes to take the Super Eagles to the top of the table after the opening match in Group D, which includes Guinea-Bissau and Sudan.

Eguavoen’s squad was without forwards Victor Osimhen, Emmanuel Dennis and Odion Ighalo for a variety of reasons, but his team did him proud against Mohamed Salah-captained Egypt.

Prolific Liverpool scorer Salah hardly touched the ball and had only one chance, late in the second half, to equalise.

A cagey opening half controlled by Nigeria sprang to life on 26 minutes when winger Moses Simon got behind the Egypt defence and fired into the side netting from a difficult angle.

Simon played a major role when the Super Eagles took the lead four minutes later at the 30,000-capacity Stade Roumde Adjia in the northwestern city of Garoua.

His cross was only partially cleared by Ahmed Hegazy and Nigerian Joseph Aribo nodded the ball into the path of Iheanacho who hammered a half-volley past goalkeeper Mohamed Elshenawy.

A far more energetic Nigerian side deserved to be in front against lethargic opponents, with Salah starved of possession in 30 degrees Celsius (86 Fahrenheit) heat.

Iheanacho almost set up a second goal for Nigeria before half-time, but his pass to Taiwo Awoniyi was just too strong and Elshenawy dashed off his line to gather the ball.

Egypt nearly fell further behind a couple of minutes into the second half when Elshenawy got his hands to an Awoniyi header and the ball came back into play off the underside of the crossbar.

Simon’s speed was a constant threat on the left, while Nigeria goalkeeper Maduka Okoye was a mere spectator with Egypt unable to mount pressure.

Salah, sporting a shorter hairstyle, finally got a scoring chance as the match entered the final quarter, but his close-range prod was blocked by Okoye’s foot and cleared.