In Pictures: Aftermath of the Marshall Fire in Colorado 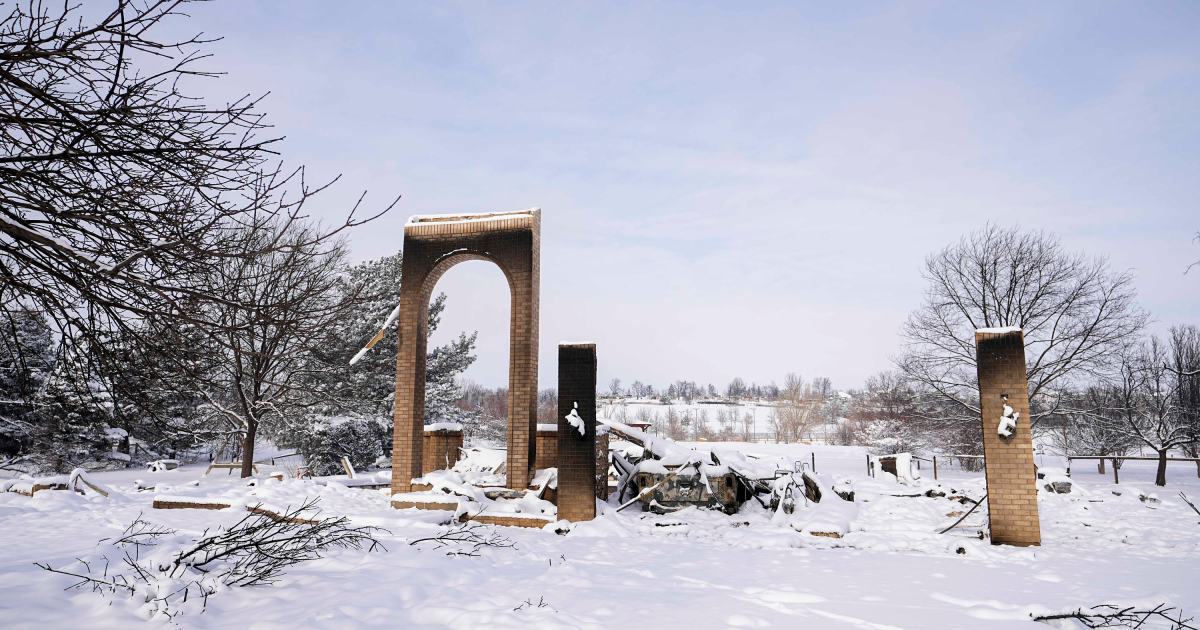 Investigators are still trying to determine what sparked an enormous fire in a suburban area near Denver in the US state of Colorado that burned neighbourhoods to the ground and destroyed nearly 1,000 homes and other buildings.

Three people are missing following the inferno that broke out on Thursday.

At least seven people were injured in the wildfire that erupted in and around Louisville and Superior, the neighbouring towns about 32km (20 miles) northwest of Denver with a combined population of 34,000.

The blaze, which burned at least 24 square kilometres (9.4 square miles), was no longer considered an immediate threat, especially with the overnight dumping of snow and frigid temperatures on Saturday.

The snow and temperatures in the single digits cast an eerie scene amid still-smouldering remains of homes. Despite the shocking change in weather, the smell of smoke still permeated empty streets blocked off by National Guard troops in Humvees.

The conditions compounded the misery of residents who started off the new year trying to salvage what remained of their homes.