Inflation is the buzz word at Fed chief’s confirmation hearing 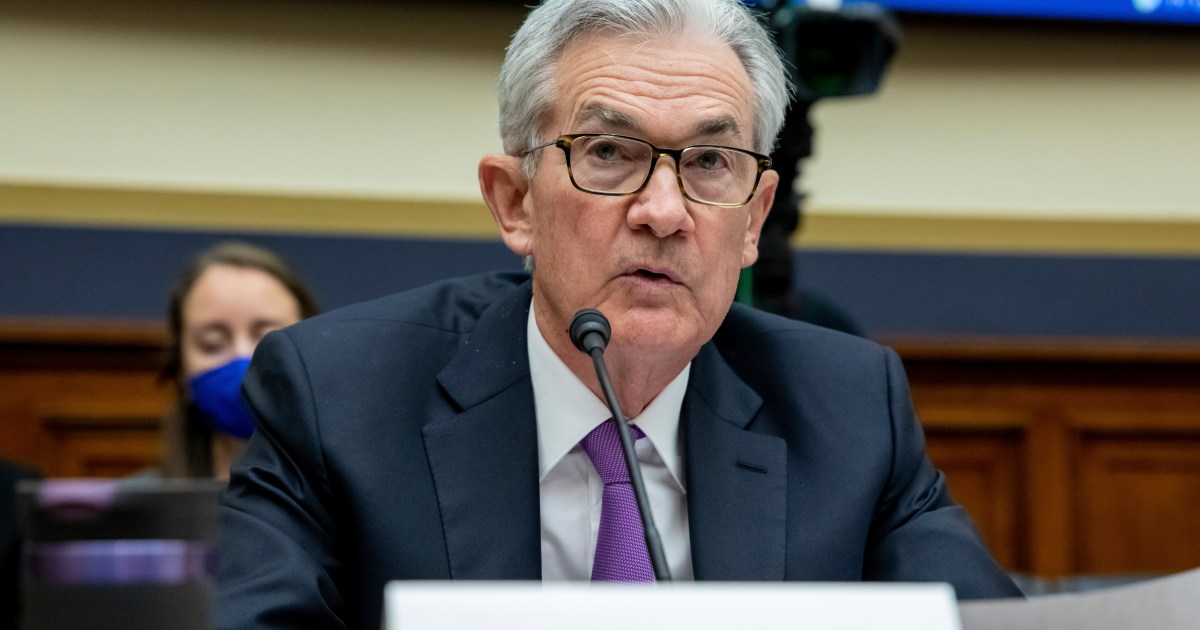 Fed chief Jerome Powell is likely to be grilled over inflation at his Senate confirmation hearing.

Federal Reserve Chairman Jerome Powell is set to face a grilling over inflation during his Senate confirmation hearing on Tuesday for a second term as the United States’ top central banker.

In prepared remarks released ahead of the hearing, Powell acknowledged how soaring inflation is squeezing US households, particularly low-income ones that are seeing a larger slice of their incomes eroded by rising price pressures.

“We know that high inflation exacts a toll, particularly for those less able to meet the higher costs of essentials like food, housing and transportation,” he said.

President Joe Biden in November tapped Powell to serve a second four-year term at the helm of the Fed. During his first term, Powell stewarded the economy through the nation’s fastest and deepest economic dive on record during the opening months of the pandemic back in 2020, and has presided over its recovery since then.

Throughout most of the recovery, the Fed has kept borrowing costs at historic lows, regarding price pressures as “transitory” as it prioritised getting the millions of Americans who had lost their jobs to the pandemic’s initial round of lockdowns back to work.

But in December, with inflation running at its hottest rate in nearly 40 years and the labour market awash in a near-record number of job openings, Powell retired the word “transitory” in testimony before Congress.  Later that month, at the conclusion of the Fed’s final policy-setting meeting of 2021, the central bank took a hawkish shift towards containing inflation, signalling that at least three price cooling interest rate hikes could be in the cards this year.

Since then, minutes from the December Fed policy-setting meeting released last week raised the spectre of a rate hike happening as soon as March.

And some economists are calling for even more aggressive Fed action. In a note to clients on Sunday, Goldman Sachs economists led by Jan Hatzius said they now see four interest rate hikes happening this year.

“We continue to see hikes in March, June, and September, and have now added a hike in December for a total of four in 2022,” they wrote.