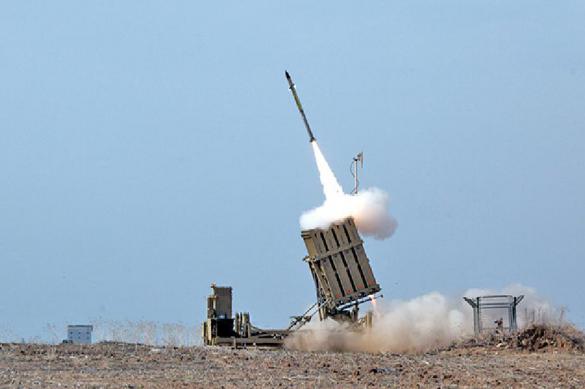 A terrorist group in the Gaza Strip claimed responsibility for the rocket attack on southern Israel. Earlier, Israel struck militants in Palestinian territory and mobilised 25,000 reservists.

Air raid sirens went off in cities of Yavne and Lachish in central and southern Israel warning residents of possible rocket attacks, The Times of Israel reports.

Later, sirens sounded in the cities of Bat Yam, Rishon Lezion and Holon. No sirens have sounded in Tel Aviv yet, but residents report hearing Iron Dome interceptor missiles exploding.

“Our policy is unequivocal. Whoever threatens us will be destroyed,” Israeli Defense Minister Benny Gantz said.

The Tel Aviv authorities announced the opening of all public bomb shelters in the city against the backdrop of the aggravation of the crisis in the Gaza Strip.

According to the publication, several Iron Dome interceptor missiles destroyed incoming missiles over southern Israel. So far, Israel Defense Forces have not specified how many rockets were fired from the Gaza Strip and whether they were intercepted.

A spokesman for Islamic Jihad (aka Jamaat Mujahideen, terrorist organization, banned in Russia) said that a Gaza-based terrorist group claimed responsibility for the rocket attack. According to him, this is “only the beginning” of retaliation to the killing of Islamic Jihad commander Tayseer al-Jabari.

Islamic Jihad reported the launch of 100 rockets at Israel. The IDF said that the enemy fired about 80 rockets:

Israel’s national medical service Magen David Adom said that there were no reports of injuries following the series of rocket attacks. According to local authorities, all the fired rockets either fell in deserted areas or were intercepted by air defense systems.

The rocket attack came just hours after the IDF launched Operation Breaking Dawn against a terrorist group in the Gaza Strip.

“Today’s activity in Gaza was directed against specific threats that have disrupted daily life in southern Israel. Israel is not interested in a wider conflict in Gaza, but will not shy away from it,” Israeli Prime Minister Yair Lapid said.

Israeli Defense Minister Benny Gantz approved the order to call up to 25,000 reservists for operational purposes. In addition, the head of the General Staff, Aviv Kochavi, ordered the Israel Defense Forces to go into emergency mode and open a command post.

According to Lapid, one of the group’s top commanders, Tayseer al-Jabari, was among those killed. According to the health ministry of the enclave, ten people, including a 5-year-old girl, were killed and 55 others were injured in the attack.