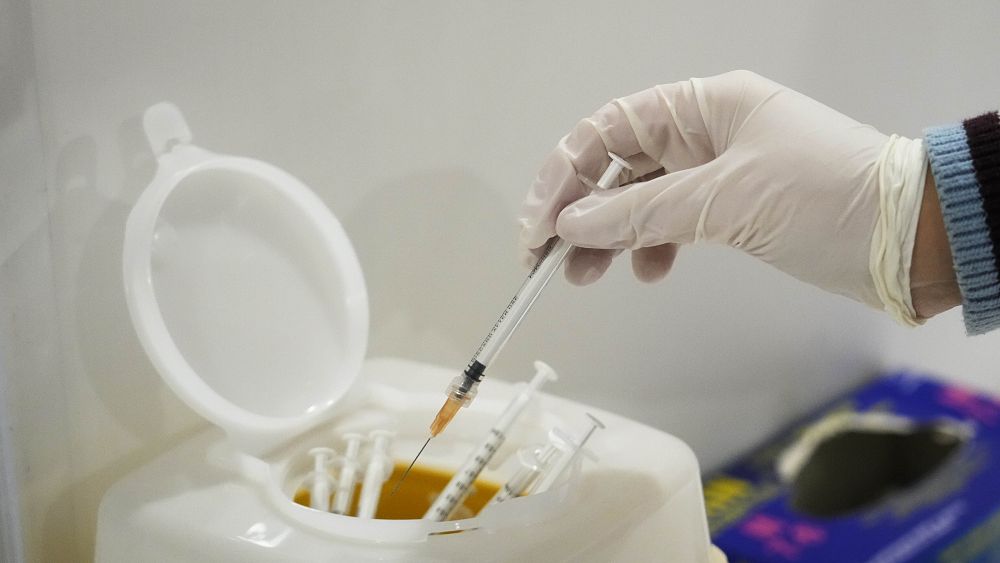 An Italian nurse has been arrested on suspicion of giving fake COVID vaccines to at least 45 people.

The suspect allegedly threw the vaccines away and even applied bandages to “patients” to avoid being detected.

Four of the nurse’s alleged accomplices have also been placed under house arrest as part of the investigation.

Police in Ancona have accused the group of finding anti-vaccine protestors who were willing to pay €300 for a falsified health pass.

The police investigation was reportedly launched after a doctor at an Ancona hospital became suspicious of their colleague’s actions.

Police footage showed the nurse emptying vaccine needles into a medical waste bin before pretending to inject a person’s arm.

The five suspects are accused of corruption, falsifying information, and embezzlement. Police also say that their scheme has wasted a “fundamental public resource”.

Forty-five people who allegedly received the fake vaccine certificates are also under investigation, according to a statement.

Last month, an Italian dentist made headlines by trying to get a coronavirus jab in a fake silicone arm, leading to a police investigation.

The man later stated that he was merely protesting the Italian government’s vaccine mandate for health care workers.