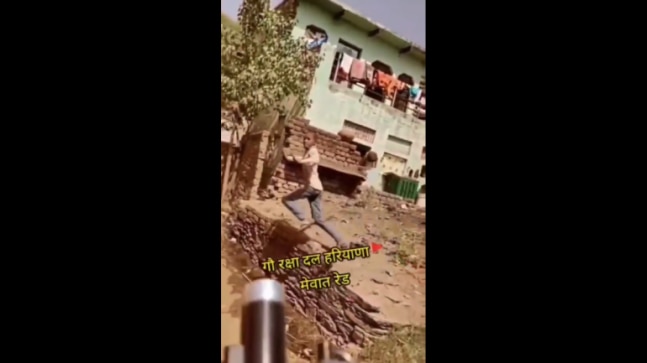 Rambhakt Gopal, the man who opened fire on protesters at Jamia Millia Islamia University during an anti-CAA protest in the Jamia area in Delhi, has allegedly uploaded two videos of people, including children, being terrorised with a gun.

In one of the videos, uploaded on Instagram from the profile _rambhaktgopal_, a few goons with sticks could be seen abducting a youth. The video was captioned “taking away the cow smuggler”. In the video, the youth is being dragged and forcibly put into an SUV with the licence plate HR 70 D 4177.

Jamia shooter out on bail Rambhakt Gopal uploaded this video on his instagram with caption “Taking away the cow smuggler”. Men with pistols can be seen taking away a man. They have full freedom to violate law everyday and still remain free.

In the second video, a gun is pointed toward people as the person holding the firearm drives through the streets. The gun is being pointed toward children and women as well.

The video is accompanied by a text — Gau Raksha Dal, Mewat road, Haryana.

The authenticity of the videos could not be independently verified by India Today, nor was it immediately known if Gopal was in the clips.

The profile was later found to have been deleted.

A complaint has been registered with the DG of Haryana Police over the video’s “anti-social content” and action has been demanded against the person who uploaded it.

In another video uploaded by Rambhakt Gopal on his instagram, gun is being pointed at people. On the video it’s written Gau Raksha Dal, Mewat road, Haryana.

Rambhakrt Gopal was in the news in 2020 after he was pictured shooting at anti-CAA protesters at Jamia Milia Islamia University. He was arrested and later released on bail. While brandishing a gun, he allegedly shouted ‘who wants azadi’ before opening fire at the protest rally. “Kisko chahiye azadi? Main dunga azadi [Who wants freedom? I will give freedom],” he reportedly said.

#WATCH A man brandishes gun in Jamia area of Delhi, culprit has been detained by police. More details awaited. pic.twitter.com/rAeLl6iLd4