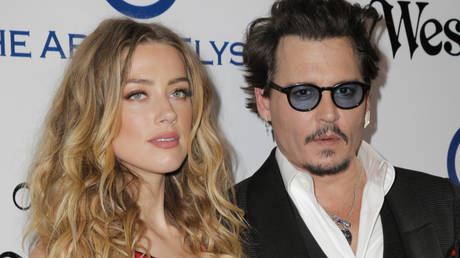 A judge has squashed actress Amber Heard’s efforts to have a $10 million judgement against her in favor of ex-husband Johnny Depp overturned and a mistrial declared. Judge Penney Azcarate threw out every one of Heard’s claims in a written order on Wednesday, beginning with her lawyers’ insistence that a juror had deliberately switched places with his father in order to sit on the “high-profile case”.

“The court cannot assume, as Mr. Depp asks it to, that Juror 15’s apparently improper service was an innocent mistake,” the lawyer argued. The juror in question had responded to a jury summons sent to his father, though the two shared both an address and a name.

“The juror was vetted, sat for the entire jury, deliberated, and reached a verdict,” Azcarate countered, adding “all jurors followed their oaths, the court’s instructions, and orders. The court is bound by the competent decision of the jury.”

The jury found in favor of Depp last month in his libel suit against Heard, whom he accused of defaming him as a domestic abuser in a 2018 Washington Post op-ed. He sued for $50 million and was awarded $15 million in damages, a figure that was later knocked down to $10 million due to a legal cap on punitive damages.

Heard countersued for $100 million, arguing Depp’s lawyer had in fact defamed her by calling her abuse accusations a hoax. While the jury declined to consider much of the alleged defamation, the actress was ultimately awarded $2 million for one such instance.

Heard’s lawyers brought up the fact that both parties had been awarded damages before Judge Azcarate on Wednesday, referring to the “jury’s dueling verdicts” as “inconsistent and irreconcilable.” They also argued Depp had received his award based on the damage his reputation suffered rather than the specific repercussions of the WaPo op-ed.

Heard and Depp married in 2015 and Heard filed for divorce just 15 months later, securing a restraining order against Depp due to alleged physical abuse. Depp argued she had made the abuse up “to secure a premature financial resolution” in the divorce proceedings. Each has since accused the other of destroying their career, with Depp being kicked off the “Fantastic Beasts” Harry Potter spinoff and his starring role as Captain Jack Sparrow in the Pirates of the Caribbean franchise, while Heard is currently facing a mutiny from millions of Aquaman fans demanding she be removed from that film’s sequel.

Despite her failure to sway the judge on Wednesday, Heard may still take her case to the Virginia court of appeals.