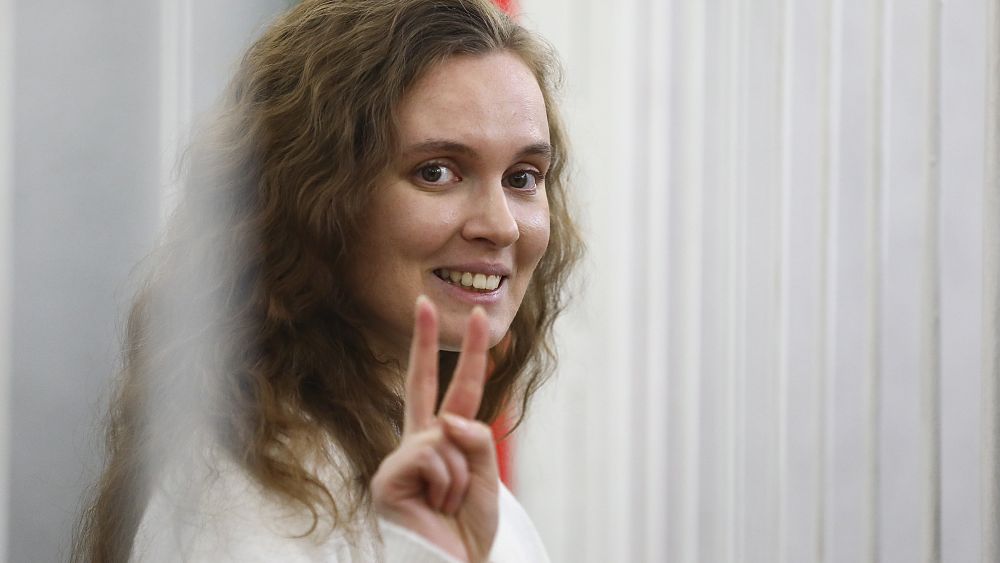 A Belarusian court has sentenced a journalist to more than eight years in prison for reporting on mass opposition protests in 2020.

In a trial held behind closed doors in the city of Gomel, the 28-year-old was jailed for eight years and three months. She is already serving a two-year prison sentence after a previous conviction.

The sentence was reported by her employer — Polish news outlet Belsat — and various human rights groups in Belarus.

Andreeva was arrested in November 2020 while filming a protest against the regime of Belarusian President Alexander Lukashenko.

She was found guilty of organising riots and alongside her colleague Daria Chultsova in February 2021. A few months later, Belsat was declared an “extremist” organisation by Belarus.

“It makes me so angry to see the regime take revenge on those who dare to resist,” exiled Belarusian opposition leader Sviatlana Tsikhanouskaya said on Twitter.

“Journalist Katsiaryna Andreeva … dared to show the truth about the regime’s brutality to the world.”

In a statement, Amnesty International has also condemned Andreeva’s trial as “political” and “a sham”.

The NGO’s director for Europe and Central Asia, Marie Struthers, condemned a “new terrible and unjust verdict” against a “courageous” journalist.

“Katerina Andreeva and other critics of the Belarusian authorities, who have been imprisoned simply for peacefully exercising their right to freedom of expression, must be released immediately,” she added.

According to the NGO Viasna, a total of 1,260 people are currently imprisoned in Belarus since opposition protests broke out following Lukashenko’s disputed re-election.