Kazakhstan's President Kassym-Jomart Tokayev has described deadly violence last week as an attempt to take over control of the country. The demonstrations, triggered by a rise in fuel prices, turned into the worst unrest the country has seen in its 30 years of independence. He told leaders of a military alliance of ex-Soviet states the action had been co-ordinated by a "single centre", but did not name those responsible. Russian President Vladimir Putin said Kazakhstan had been targeted by international terrorism, but provided no evidence for this claim. Troops from Russia and other countries are currently in Kazakhstan to restore order. Please subscribe HERE http://bit.ly/1rbfUog #BBCNews 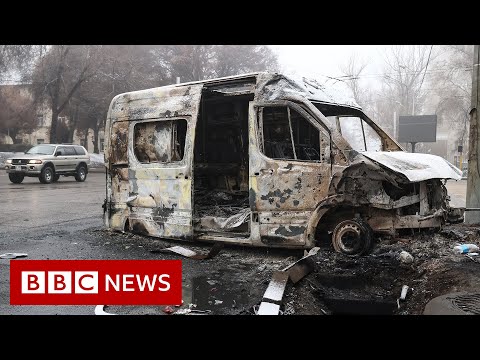