The authorities in Kazakhstan say recent violence on the streets, which is said to have claimed dozens of lives, was "an organised attack" on the state. They've blamed the unrest on "armed extremists" who they say were trained abroad.   However there's growing evidence that a power struggle within Kazakhstan's ruling elites fuelled the violence.    Clive Myrie presents BBC News at Ten reporting by Steve Rosenberg in Kazakhstan’s biggest city, Almaty. Please subscribe HERE http://bit.ly/1rbfUog #BBCNews 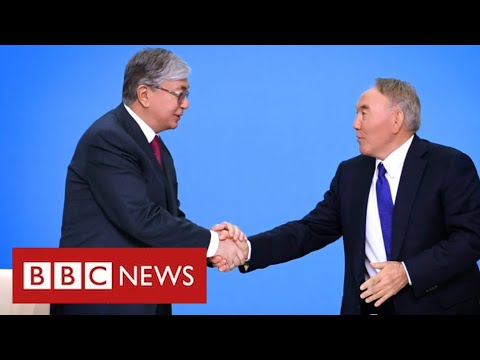