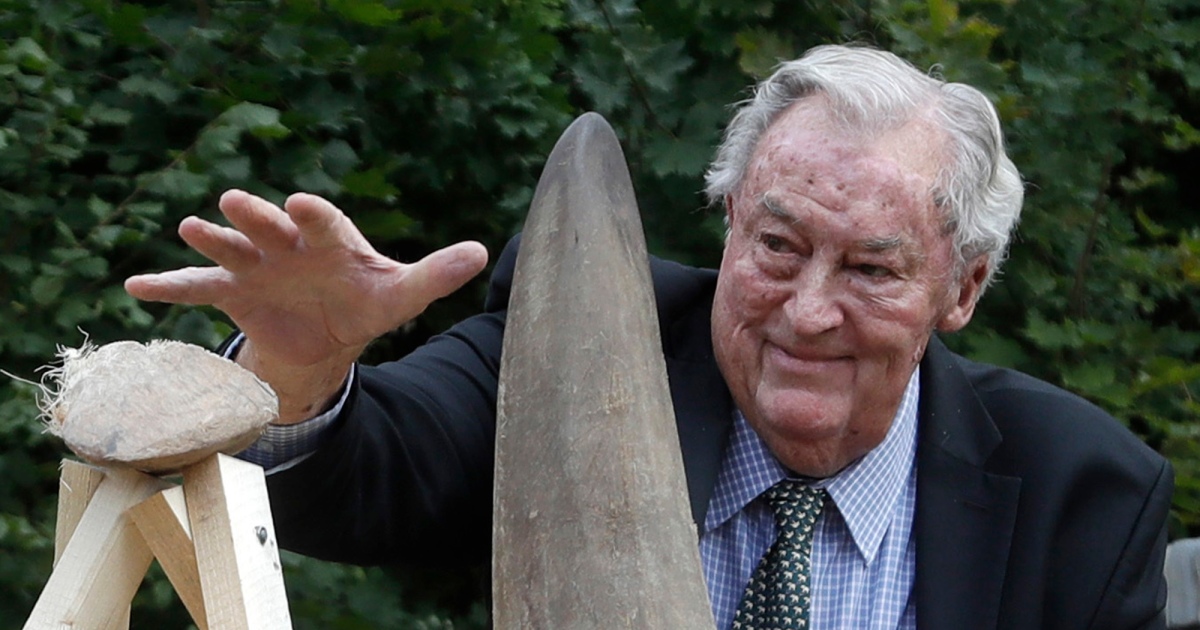 World-renowned paleoanthropologist Richard Leakey, known for his fossil-finding and conservation work in his native Kenya, has died at 77, Kenyan President Uhuru Kenyatta has announced.

Leakey, whose groundbreaking discoveries helped prove that humanity evolved in Africa, remained energetic into his 70s despite bouts of skin cancer, kidney and liver disease.

“I have this afternoon … received with deep sorrow the sad news of the passing away of Dr Richard Erskine Frere Leakey,” Kenyatta said in a statement.

Born on December 19, 1944, Leakey was destined for palaeoanthropology – the study of the human fossil record – as the middle son of Louis and Mary Leakey, perhaps the world’s most famous discoverers of ancestral hominids.

Initially, Leakey tried his hand at safari guiding, but things changed when at 23 he won a research grant from the National Geographic Society to dig on the shores of northern Kenya’s Lake Turkana, despite having no formal archaeological training.

A Time magazine cover followed of Leakey posing with a Homo habilis mock-up under the headline: How Man Became Man. Then in 1981, his fame grew further when he fronted, The Making of Mankind, a seven-part BBC television series.

Yet the most famous fossil find was yet to come: the uncovering of an extraordinary, near-complete Homo erectus skeleton during one of his digs in 1984, which was nicknamed Turkana Boy.

As the slaughter of African elephants reached a crescendo in the late 1980s, driven by insatiable demand for ivory, Leakey emerged as one of the world’s leading voices against the then-legal global ivory trade.

President Daniel arap Moi in 1989 appointed Leakey to lead the national wildlife agency, soon to be named the Kenya Wildlife Service, or KWS.

That year, he engineered a spectacular publicity stunt by burning a pyre of ivory, setting fire to 12 tonnes of tusks to make the point that they have no value once removed from elephants.

He also held his nerve, without apology, when implementing a shoot-to-kill order against armed poachers.

In 1993, his small Cessna plane crashed in the Rift Valley where he had made his name. He survived but lost both legs.

“There were regular threats to me at the time and I lived with armed guards. But I made the decision not to be a dramatist and say: ‘They tried to kill me.’ I chose to get on with life,” he told the Financial Times.

Leakey was forced out of KWS a year later and began a third career as a prominent opposition politician, joining the chorus of voices against Moi’s corrupt government.

His political career met with less success, however, and in 1998 he was back in the fold, appointed by Moi to head Kenya’s civil service, putting him in charge of fighting official corruption. The task proved impossible, however, and he resigned after just two years.

In 2015, as another elephant poaching crisis gripped Africa, President Kenyatta asked Leakey to again take the helm at KWS, this time as chairman of the board, a position he would hold for three years.

Soft-spoken and seemingly devoid of personal vanity, Leakey stubbornly refused to give in to health problems.

“Richard was a very good friend and a true loyal Kenyan. May he Rest In Peace,” Paula Kahumbu, the head of Wildlife Direct, a conservation group founded by Leakey, posted on Twitter.