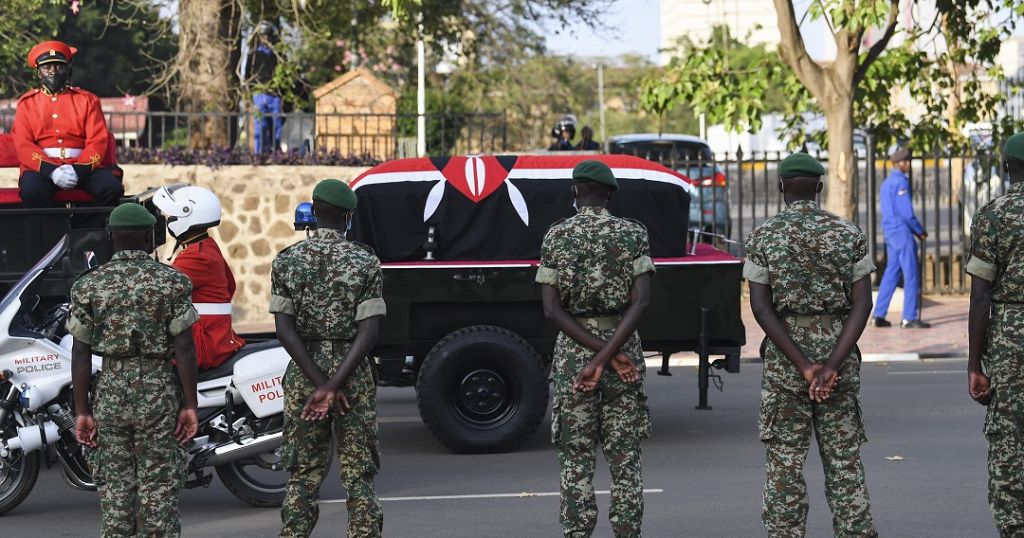 Authorities in Kenya are preparing a state funeral for former president Mwai Kibaki who passed away last week.

A state funeral with full military honours will take place this Saturday.

On Monday the body of the former president lied in state in the national parliament to give Kenyans one last opportunity to pay their respects.

“We have lost a hero. He was a father to the nation, an economist who has revived this country and has put in place strategies that has seen this country progress from where it has come from”, said Yvonne Onsoti, a resident in Nairobi.

Another resident, Maryanne Adhiambo, added that “he (Kibaki) was a good man. During his time the economy was doing well, now we are suffering.
We are mourning him and May his Soul Rest in Eternal Peace”.

Mwai Kibaki served as the country’s third president from December 2002 to April 2013, taking over from the authoritarian rule of Daniel arap Moi.

Strong economic growth and investment in education and health were some of his achievements.

“He gave our children free education and I hope that other Presidents that come after him will emulate him and continue with the good work that he did”, commented Aggrey Sifuna, another Kenyan residing in Nairobi.

This Friday a funeral service is planned to take place in the national stadium in the Kenyan capital.

Kibaki’s final resting place will be his hometown of Othaya in the Nyeri highlands.