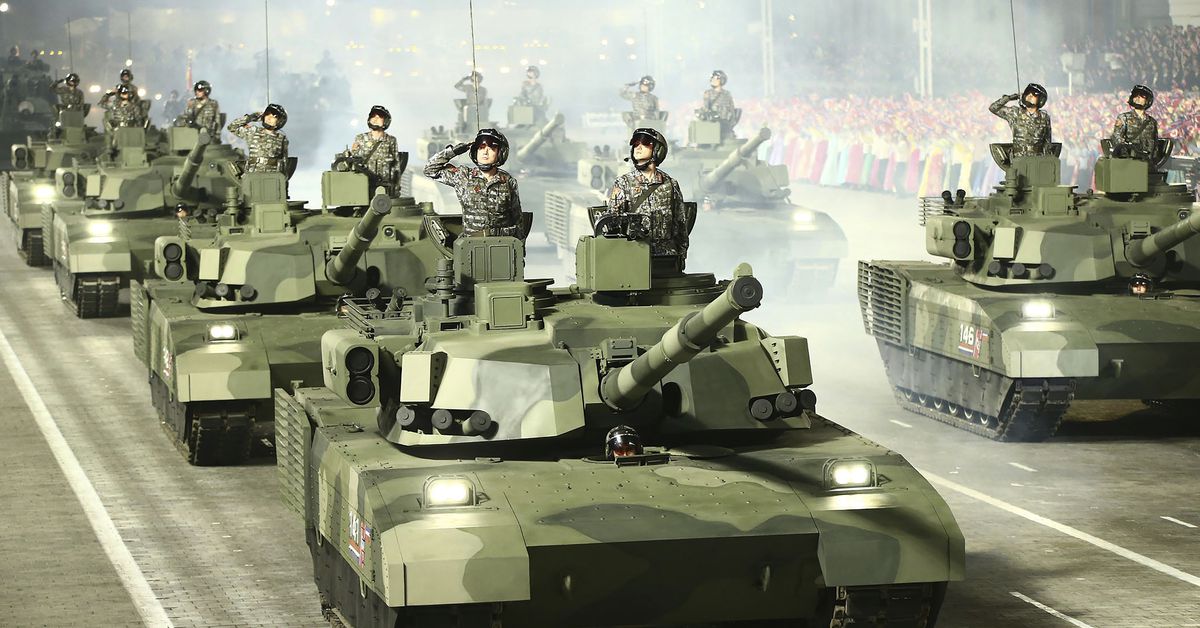 North Korean leader Kim Jong Un has vowed to ramp up his development of nuclear arms, as a military parade in Pyongyang showcased the country’s most advanced weaponry yet.

Kim says the country would “strengthen and develop” its nuclear forces at the “highest possible” speed.

The parade was held to mark the 90th anniversary of the founding of the North Korean army.

Military experts say it offered a glimpse into Kim’s ambitions for his weapons program, especially his efforts to develop solid-fuelled missiles that would be easier to hide from foreign spy agencies.