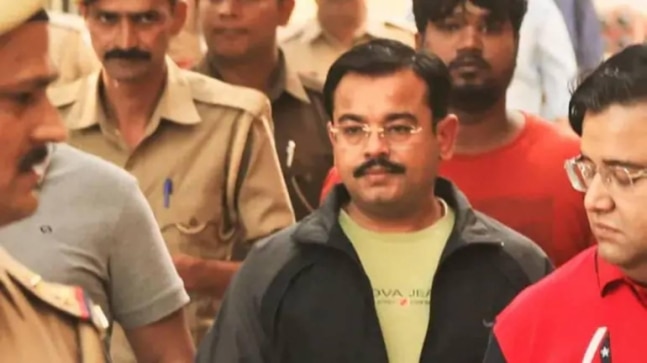 The main accused in Lakhimpur Kheri violence case, Ashish Misra, surrendered in the judicial magistrate’s court. On Sunday, Misra surrendered before the magistrate.

According to jail officials, Ashish Misra reached Lakhimpur Kheri district jail at 3.25 pm. There is heavy police deployment in the area.

On April 18, the Supreme Court canceled Ashish Misra’s bail and ordered him to surrender within one week. He surrendered a day before the week’s notice.

During a hearing, the top court had set aside the Allahabad High Court order granting Misra bail and said, “The high court exceeded its jurisdiction, denied victims their right to participate in proceedings.”

Ashish Misra, son of Union minister Ajay Misra, is the main accused in the violence that erupted in Uttar Pradesh’s Lakhimpur Kheri region in October, 2021.

Misra, allegedly ran over the farmers who were protesting against the Centre’s three farm laws ahead of an event in Tikunia. Four farmers were killed in the incident.

He was arrested on October 9 and granted bail in February, 2022.

Eight people, including four farmers, died in violence that broke out in Uttar Pradesh’s Lakhimpur Kheri on October 3 ahead of a visit by Deputy Chief Minister Keshav Prasad Maurya.