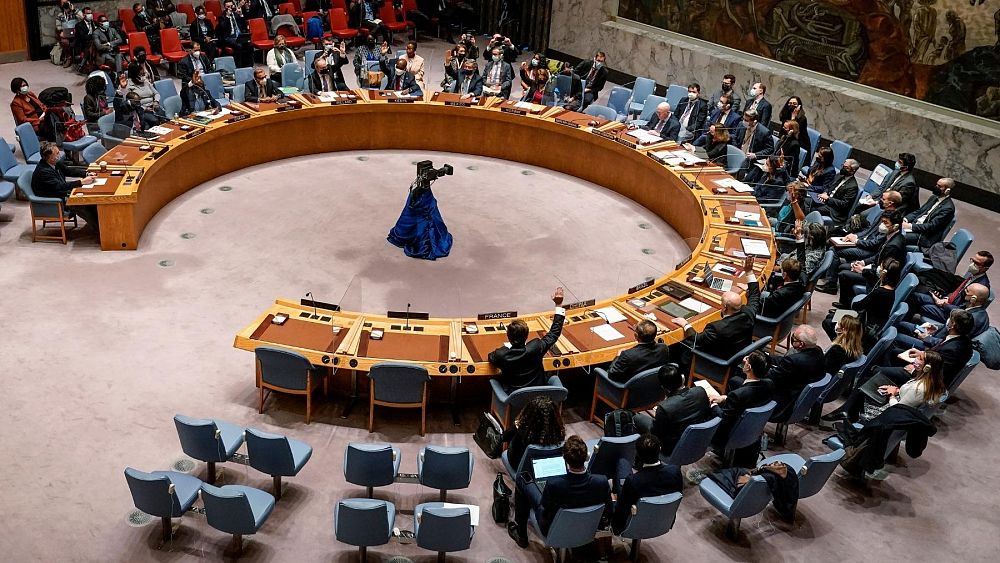 The tiny European principality of Liechtenstein, with a population of less than 40,000, has taken on the world’s most powerful countries at the United Nations and scored a rare victory.

On Tuesday, the UN General Assembly adopted a Liechtenstein resolution requiring the five permanent members of the Security Council — Russia, China, USA, France and Britain — to justify their use of the veto.

“We are concerned about the growing inability of the Security Council to do the work that we mandated it to do under the UN charter and we have seen this trend in the last few years,” Christian Wenaweser, Liechtenstein’s ambassador to the UN, told Euronews.

“And if you look at our national statements we have very consistently been advocating for a stronger role for the General Assembly,” he added

The text of Liechtenstein’s resolution was co-authored by P5 members Britain, France and the UK, and 80 other countries, but not by Russia or China.

Since it had such widespread appeal among UN members, no voting was requested in the end, with the measure adopted by consensus.

“We are very satisfied with the level of support we got from the permanent members, and its value will be in its application,” Ambassador Wenaweser said, adding that Liechtenstein’s government expects their resolution to make a “clear, concrete and practical difference” to the UN’s most powerful countries if they exercise their veto powers in future.

The reforms were first proposed more than two years ago, and say that the General Assembly should be convened “within ten working days of the opposition of one or more permanent members of the Security Council, to hold a debate on the situation in which the veto has been cast”.

However the resolution is non-binding and if any of the P5 countries don’t want to explain their use of a veto, there’s no way to compel them to do so.

In addition to its five permanent members, the Security Council also has ten members elected for two years, but they don’t have any veto rights.

Will the resolution make any real difference?

So will Liechtenstein’s diplomatic moves make any real difference to the P5 countries, will it make them pause and think before deciding to veto resolutions they don’t like?

Opponents say it will divide the UN even further, while advocates think it will promote transparency and possibly help remedy any over-use of veto powers.

While the initiative predates the Ukrainian war, Liechtenstein took advantage of widespread disgust at the UN with Russia’s use of the veto to push it through.

“Russia will continue to use its veto regardless, and Russian diplomats have always shrugged off criticisms of their vetoes.”

“I think it will actually have a bigger deterrent effect on China, which is much more worried about hurting its reputation at the UN than China is,” Gowan explains.

America has regularly used its veto to quash resolutions that are critical of Israel, but Richard Gowan says US diplomats may welcome the chance to go in front of the General Assembly and talk about their ironclad commitment to Israel.

“It may play badly at the UN, but it’s actually great for the domestic US audience.”