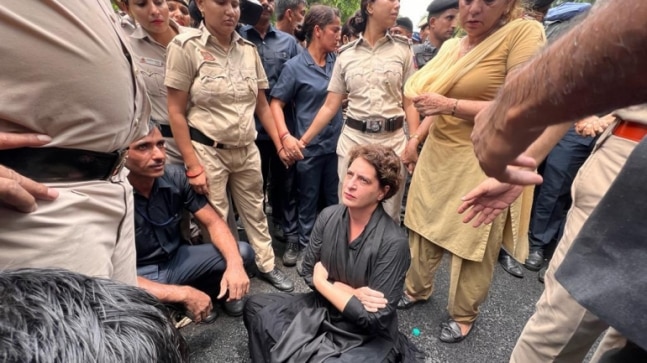 #WATCH | Our job is to raise the issues of the people…Some Congress MPs detained, also beaten by police: Congress MP Rahul Gandhi during protest against price rise and unemployment at Vijay Chowk, Delhi pic.twitter.com/wWW7JojjjY