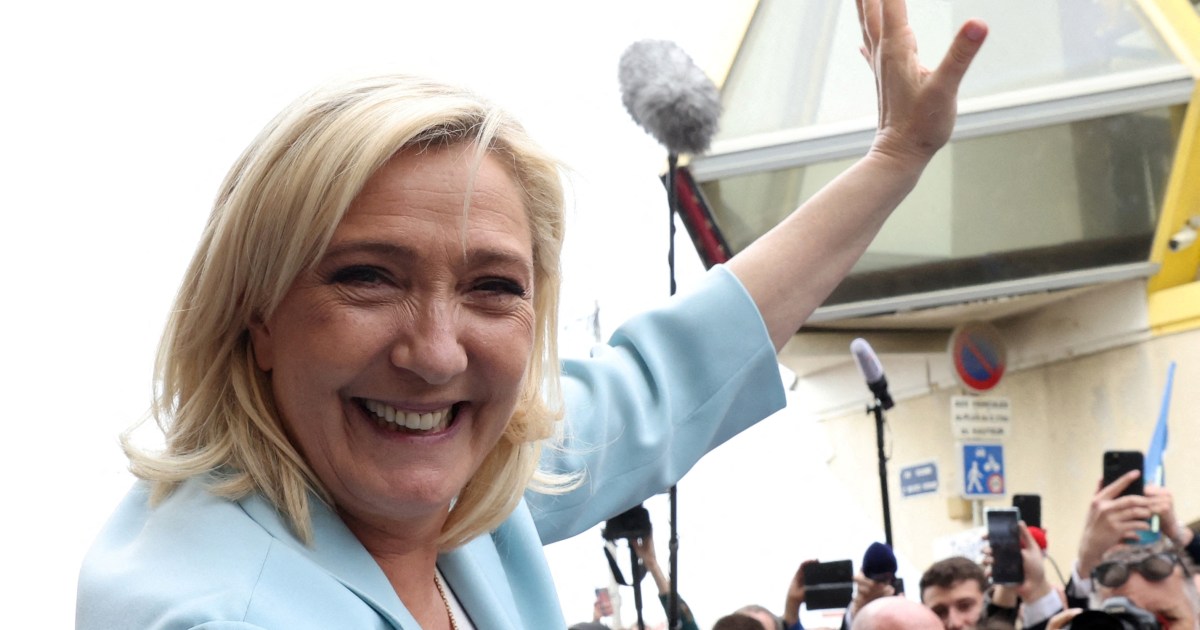 Centrist pro-European Emmanuel Macron has been re-elected as France’s next president, but the impressive gains made by the far right have revealed a deeply divided nation.

The fierce nationalist did not win Sunday’s presidential runoff, but she edged another step closer – snatching a victory of sorts from her defeat to re-elected President Macron.

With 41.5 percent of the vote, unprecedented for her, Le Pen’s anti-foreigner, anti-system politics of disgruntlement are now more entrenched than ever in the psyche, thinking and political landscape of France.

Since the Le Pen dynasty – first her dad, Jean-Marie, and now Marine, his daughter – first started contesting presidential elections in 1974, never have so many French voters bought into their doctrine that France would be richer, safer and somehow more French if it was less open to foreigners and the outside world.

Surpassing 40 percent of the vote elevates Le Pen into an illustrious, mainstream company. Since General Charles de Gaulle beat François Mitterrand by 55 percent to 45 percent in 1965, all defeated finalists lost 40-something to 50-something.

Had she become France’s first female president, her plan for fighting “terrorism” would have included stripping part of France’s population – women who are Muslims – of some of their liberty.

The same goes for her proposals to move French citizens to the front of lines for jobs, benefits and housing.

By championing cost-of-living issues, befriending the working class, changing her party’s name and distancing herself from her father, Le Pen broadened her appeal and made herself less scary to growing swaths of France’s electorate who feel unheard and uncared for by officials in Paris and Brussels.

For headscarf-wearing voter Yasmina Aksas, Le Pen’s defeat was not a celebration moment – not with such strong backing for her and ideas that “used to be limited to militant far-right groups” becoming increasingly acceptable in polite company.

Internationally, Le Pen wanted to start diluting France’s relationships with the European Union, NATO and neighbour Germany – moves that would have been seismic for the architecture of peace in Europe, in the midst of Russia’s war in Ukraine.

Although Macron has become the first French president in 20 years to win a second term, he has also failed to achieve the goal that he set himself at the outset of his presidency five years ago, when he pledged to cut the ground from under Le Pen’s feet by assuaging the voter anger she feeds on.

“I will do everything in the five years to come so there is no more reason to vote for the extremes,” he said.

Yet, Le Pen has taken another step forward against Macron in the runoff and could choose to stand again in 2027.

“In this defeat, I can’t help but feel a form of hope,” she said in the aftermath of the election. “I will never abandon the French.”