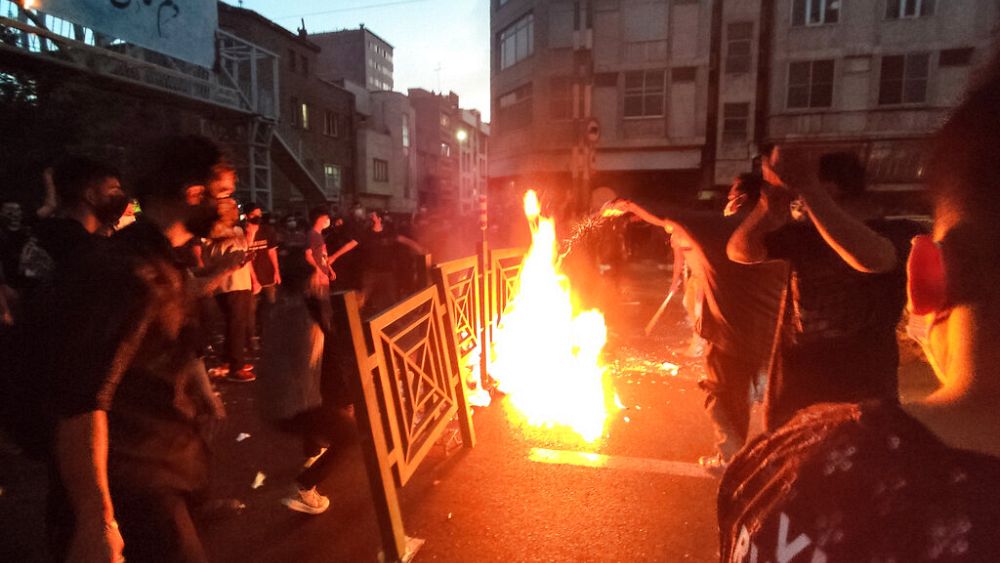 The number of people killed in violent protests in Iran over the past six nights shot up on Thursday as unrest spreads across the country in response to a woman’s death in police custody.

Official figures announced on state television said at least 17 people were killed in clashes between Iranian security forces and protesters. But Oslo-based NGO Iran Human Rights (IHR) has estimated that number is much higher, reporting at least 31 civilians have been killed so far.

The protests began last week after a 22-year-old Kurdish woman, Mahsa Amini, was found dead in a cell at a police station in Tehran. She had been arrested by the Islamic Republic’s so-called “morality police” for allegedly wearing her headscarf, or hijab, improperly.

But what was at first an expression of collective grief over Amini’s death has transformed into an open challenge to Iran’s theocratic regime, with many protesters chanting anti-government slogans and burning their hijabs.

It’s the worst unrest the country has seen in years, and the government has taken steps to quash the protests, including restricting internet access and blocking messaging apps such as WhatsApp.

Internet monitoring group Netblocks has described the restrictions as the most severe since 2019 when protests erupted over a government fuel price hike.

Adding to fears of a more severe crackdown, Iran’s paramilitary Revolutionary Guard called for anyone who spreads “fake news” about the unrest to be prosecuted by the judiciary.

Amini’s death has been condemned by the European Union, United States and United Nations. While Iranian police claim the young woman died of a heart attack and was not mistreated, independent experts affiliated with the UN say reports suggest she was beaten by Iran’s so-called morality police.