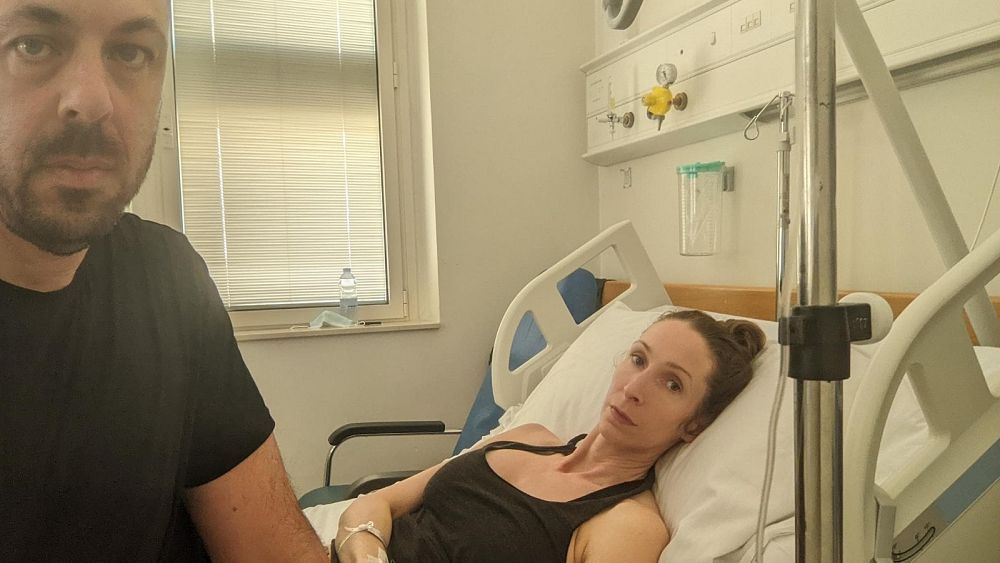 The life of a US woman is in grave danger after Maltese doctors refused to grant her a potentially life-saving abortion after a medical emergency, her partner Jay Weeldreyer told Euronews.

Andrea Prudente, who was on holiday in Malta with Weeldreyer for a “babymoon” holiday, suffered a premature breaking of her waters on Thursday.

Despite her 16-week-old foetus no longer being viable and the acute risks to her life, doctors told Prudente, 38, from the Seattle area, she could not have an abortion as it is illegal in Malta, according to Weeldreyer.

He said staff at Mater Dei hospital in Msida informed them that she must instead wait until her foetus’s heartbeat stops or there is an imminent risk to her life before it can be removed.

Abortion is illegal in all cases in Malta.

Under Maltese law, those found to have terminated a child or “caused a miscarriage” can face imprisonment for up to three years. This includes both pregnant women and medical professionals.

Mater Dei hospital has not responded to Euronews’ requests to comment on this case, nor has the government in Malta.

‘We have lost our daughter’

“The way the Maltese are talking about this is that it is an abortion, the truth of the matter is that it is an incomplete miscarriage,” Weeldreyer told Euronews. “There is no possibility that this pregnancy results in a viable baby.

“We have lost our daughter,” he added. “I haven’t had a chance to grieve yet.”

The pair had come to Malta to celebrate their babymoon. “We wanted to come here and have a romantic, connecting and loving two-week holiday to celebrate having a family,” said Weeldreyer. “Instead we are having to face Andrea’s peril.”

Malta is the first European country they have visited.

Prudente is currently in a stable condition in the south Mediterranean island’s only state hospital, where she is being monitored for potential health complications.

Prudente first visted a hosiptal in Gozo at 4:00 a.m. Sunday morning, after suffering heavy vaginal bleeding. Her waters broke two days later during the 16th week of her pregnancy.

After much “back and forth” between emergency rooms, an ultrasound scan on Thursday confirmed that her baby could not survive outside the womb.

Doctors at Mater Dei told Prudente they could not remove the foetus, despite the threat to her life, due to Malta’s criminalisation of abortion. They could lose their medical licences if the procedure is performed.

One is an infection, such as sepsis. The other haemorrhaging, since the placenta can separate at any time and start bleeding.

“She is essentially being asked to watch and wait,” said Dr Stabile. “This could go on for weeks.”

Although the foetus still has a heartbeat, it has a zero chance of survival and is brain dead, says Weeldreyer. There is no amniotic fluid left in Prudente’s womb as its membranes have ruptured and her placenta is partially separated.

“This is a catastrophic loss,” said Weeldreyer. “The baby is going to die.”

He continued: “There is a good chance the baby is suffering as it is being compressed between the mother’s tissues.”

There are no provisos in Maltese law that will allow abortion, even in cases where the mother’s life is at risk.

Politicians from Malta’s two main political parties – Labour Party and the Nationalist Party – have both come out in favour of criminalising abortion, claiming it offers legal protection for unborn babies.

‘Every minute is life-threatening’

Weeldreyer described the options now facing the couple are “grim”.

Since Monday, they have tried to organise a medical evacuation to the UK, although arranging this with their travel insurer and paperwork issues is taking time.

Travelling 2,550 km to the UK by air ambulance also carries with it the risk that Prudente will develop potentially life-threatening complications en route, according to Dr Stabile.

The alternative is for the couple to stay in Malta “until the miscarriage completes” or the “baby’s heart stops”, said Weeldreyer, which carries with it the risk of blood poisoning.

“We have the choice of slow death through infection staying in Malta or getting on a plane and the quick death of bleeding out,” he added.

International obstetric guidelines state that in critical cases where the foetus is not yet viable, before 24 weeks, abortion should be offered to pregnant women to avoid maternal infection and death.

Dr Stabile, along with Dr Lara Dimitrijevic, a Maltese lawyer and head of Women for Choice, has written to the country’s ministry of health and prime minister asking them to intervene.

They are yet to receive a response.

“I think this is barbaric,” said Dr Dimitrijevic. “This falls way below the standards of a European Union country. We can do far far better than this.

“We had hope that a sense of humanity would reign. [That there would be] compassion and understanding because the trauma that Andrea and her partner are being put through is absolutely unacceptable. It is a torturous and inhumane situation.”

‘I have no adjectives at this point to describe the situation’

Both doctors placed blame on Maltese law for the situation facing Prudente and her partner.

“My opinion is that the law should come second,” said Dr Stabile. “First we should be thinking about her life and her wellbeing.

Dr Stabile claims she is the only openly pro-abortion gynaecologist in Malta.

Malta has some of the strictest anti-abortion laws in the world.

It is the only EU country to prohibit abortion entirely, without exceptions. The criminalisation of abortion is rooted in British colonial law, established on the island during the 19th century.

“Obviously this draconian law is not fit for purpose,” said Dr Stabile. “It needs to change. If a woman’s life is at risk, there must be an exception.”

According to the Times of Malta, an estimated 300-400 Maltese women travel abroad to have an abortion each year. Many other Maltese women are unable to access foreign clinics for financial reasons.

“We have had enough,” said Dr Dimitrijevic. “We have reached the end of our tether with this situation. It has to change.”

Anti-abortion arguments often posit that life begins at conception, implying that the foetus is a living person and cannot be terminated morally.