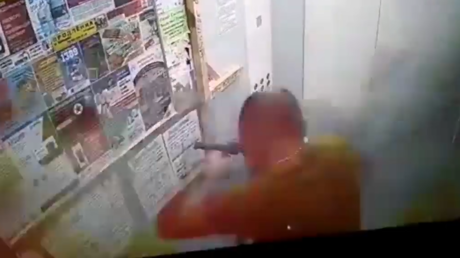 The incident in southern Russia left the owner with horrific burns

A man in Russia sustained severe burns after his battery-powered scooter bust into flames inside an elevator, local authorities said.

The incident happened in the southern Russian city of Krasnodar on Wednesday. The 37-year-old noticed that his vehicle was malfunctioning, so he decided to take it to a repair shop, police told the media.

But as he was going down in a small elevator from his apartment, the device burst into flames, quickly filling the lift with dense smoke. The incident was caught on a security camera, with footage posted on social media later in the week.

According to police, the victim suffered third-degree burns and was taken to hospital. Local media reported that over half of his body was affected.

The incident is being investigated for possible foul play.