On 25, April residents of Bryansk began to write about the fire at the Druzhba oil depot in social media. Explosions and air raid sirens were also reported.

A little later, there were reports that not only the oil depot was on fire, but also army fuel depots. Officially, at the moment, only the fire at Druzhba has been confirmed, which has not yet been extinguished. There is no information about the victims.

The Internet has already called the incident a Ukrainian attack. There were no official comments from the authorities and / or the military at the time of publication of the material.

The first version of the strike of the Armed Forces of Ukraine was voiced by the military commander Yevgeny Poddubny. He connected the fire at the Bryansk tank farm with the visit of US Secretary of State Anthony Blinken to Kyiv.

“While the head of the State Department and the US Department of Defense was visiting the “decision-making center”, Bryansk caught fire. Normally, the regime decided to hide behind American officials.

Another military commander – Vladlen Tatarsky – is sure that the “strike on the Bryansk oil depot” is only the beginning and the Ukrainian regime is starting to transfer military operations to the territory of the Russian Federation, which is evidenced by strikes on border villages.

“Ukrainians will strike where the main goal is simply to kill a large number of civilians. However, we have already gone through this in the Donbass,” writes Tatarsky.” 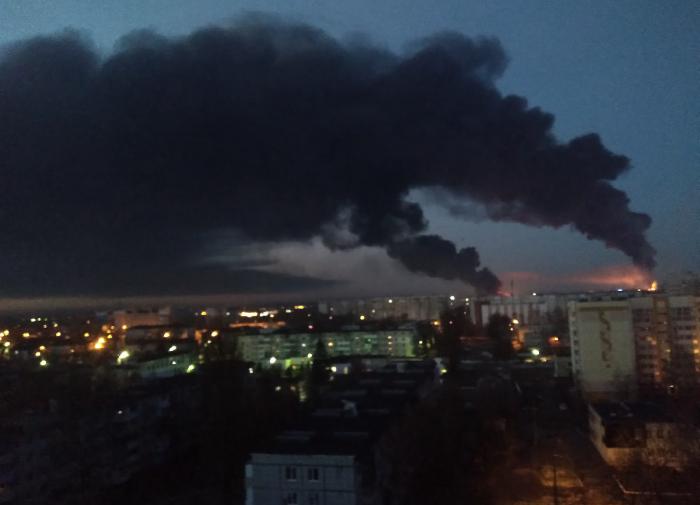