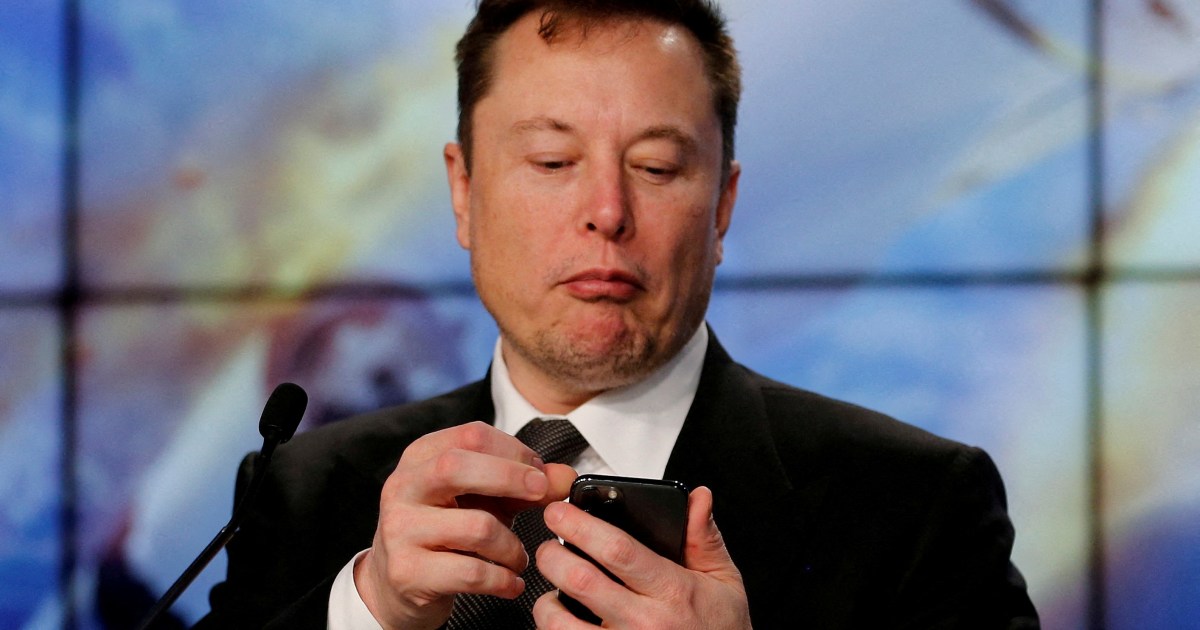 The Tesla CEO is seeking to free himself from the $44bn Twitter buyout agreement, which he has tried to cancel.

Elon Musk accused Twitter of fraud in a countersuit over his aborted $44bn deal for the social media company, which he claimed held back necessary information and misled his team about the true size of its user base.

The countersuit by the billionaire and Tesla CEO alleges that Twitter committed fraud, breach of contract and violation of a securities law in Texas, where Musk lives.

Musk’s counterclaims were filed confidentially last week and unsealed in a filing late Thursday at the Delaware Chancery Court.

Musk offered to buy Twitter earlier this year, then tried to back out of the deal by claiming the social platform was infested with a larger number of “spam bots” and fake accounts than Twitter had disclosed.

Twitter sued to force him to complete the acquisition. Musk responded by filing his countersuit.

Musk’s attorneys argue in the countersuit that Twitter’s “misrepresentations or omissions” distorted the company’s value and caused Musk to agree in April to buy it at an inflated price. They said Twitter’s own disclosures revealed that it has 65 million fewer “monetizable daily active users,” who can be shown digital ads, than the 238 million that Twitter claims.

The filing also said most of Twitter’s ads are shown only to a sliver of the company’s user base.

Musk’s team also accused Twitter of making too many major changes in recent months without consulting Musk, including personnel decisions and allegedly disobeying social media restrictions imposed by the government of India, which is Twitter’s third-largest market. Musk had pledged to make Twitter a haven for free speech but has also said it must comply with the local laws where it operates.

Twitter called Musk’s reasoning “a story, imagined in an effort to escape a merger agreement that Musk no longer found attractive”. The company, in particular, took issue with Musk’s estimate of fake accounts, saying the analysis relied on a “generic web tool” that designated Musk’s own Twitter account as a likely bot.

“The result is a distortion that Musk is hoping will nonetheless make waves,” Twitter’s response said.

The case is scheduled to go to court on October 17. The legal fight is gathering speed as preparations have begun for the five-day trial in Delaware’s Chancery Court, which specialises in complex, high-stakes business world battles.

This battle flows from Musk wooing Twitter’s board with a $54.20 per-share offer in April, but then in July, announcing he was terminating their agreement because the firm had misled him regarding its tally of fake and spam accounts.

Twitter, whose shares were up about 3.5 percent to $42.51 on Friday, has stuck by its estimates that less than 5 percent of the activity on the platform is due to software “bots” rather than people.

The social media platform has urged shareholders to endorse the deal, setting a vote on the merger for September 13.

While fielding questions at an annual Tesla shareholders meeting Thursday, Musk was asked whether his potential ownership of Twitter might distract from his running of the electric car company.

“I think Tesla, you know, would continue to do very well even if I was kidnapped by aliens, or went back to my home planet,” he joked, drawing laughter and applause. “To be frank, I don’t have an easy answer,” Musk added. He assured shareholders that, for now, he has no plans to leave his Tesla chief role.