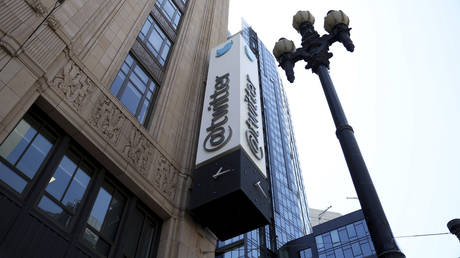 The International Federation of Journalists on Tuesday condemned SpaceX tycoon Elon Musk’s purchase of Twitter, arguing that his support of free speech is somehow “bad news for media freedom.”

Musk finalized the purchase of the social media giant on Monday, paying $44 billion to take sole ownership. He promised to root out spam and bots by authenticating human users, and to make the platform a bastion of free speech.

Musk’s buyout was condemned by both the International Federation of Journalists (IFJ) and the European Federation of Journalists (EFJ). In a joint statement, titled ‘Twitter: Elon Musk’s deal is bad news for media freedom,’ the federations raised concerns that placing Twitter in “the hands of a single individual would have serious consequences over the social and political use of the platform.”

They warned that Musk’s plan to “authenticate all humans” would have repercussions for journalists and their sources who depend on anonymity, and that his plans to allow “unregulated speech on Twitter without moderation will increase disinformation and threaten quality journalism.”

By lessening content moderation, the federations argued that “journalists, in particular women, and those belonging to minority groups” could be harassed online.

While the IFJ regularly criticizes governments around the world for curtailing free speech, its general secretary, Anthony Bellanger, said on Tuesday that speech on Twitter “must be duly moderated.”

“It is high time to regulate the ownership of media and social networks in order to counteract a concentration of power that is harmful to pluralism, public debate and democracy,” EFJ General Secretary Ricardo Guitterez added.