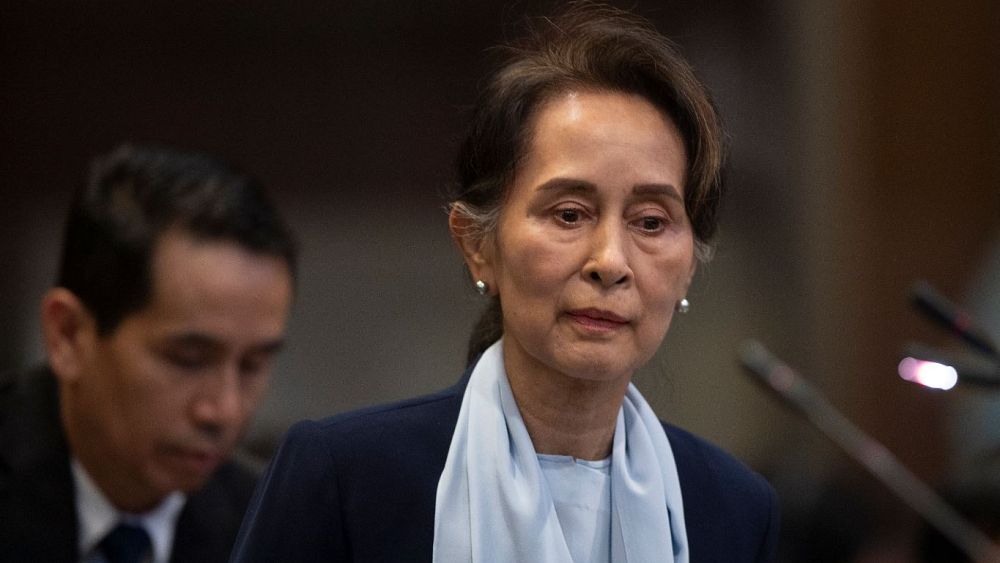 Suu Kyi was found guilty of accepting gold bars and large sums of money given to her as a bribe by a top political colleague. The former State Counsellor of Myanmar had denied the allegations.

Her supporters say the conviction is an unjust move to discredit Suu Kyi and legitimise the military junta’s seizure of power in 2021.

Independent legal experts have also stated that the sentence will prevent the 76-year-old from returning to an active role in politics.

The elected leader has already been sentenced to six years’ imprisonment in other cases and faces 10 more corruption charges. Further convictions could bring her total sentence to more than 100 years in prison.

The European Union’s foreign policy chief Josep Borrell has denounced the sentence as “politically motivated” and “another flagrant violation of human rights in Myanmar”.

Suu Kyi’s National League for Democracy party won a landslide victory in the 2020 general election, but lawmakers were not allowed to take their seats when the army seized power on 1 February 2021. The elected leader and many of her senior colleagues in government and the party were arrested.

Myanmar’s army claimed it acted because there had been massive electoral fraud, despite no evidence being reported by independent election observers.

The takeover was met with large nonviolent protests nationwide, which security forces quashed with lethal force.

According to the Assistance Association for Political Prisoners, almost 1,800 civilians have died in Myanmar since the coup.

Suu Kyi became a public figure in 1988 during a failed uprising against a previous military government when she helped found the National League for Democracy.

She spent 15 of the next 21 years under house arrest for leading a nonviolent struggle for democracy that earned her the 1991 Nobel Peace Prize.

Suu Kyi has not been seen or allowed to speak in public since she was detained and is being held in an undisclosed location.

At last week’s final hearing in the case, she appeared to be in good health and asked her supporters to “stay united.”

Her trial in the capital Naypyitaw was closed to the media, diplomats and spectators, and her lawyers were barred from speaking to the press.

“Myanmar’s junta and the country’s kangaroo courts are walking in lockstep to put Aung San Suu Kyi away for what could ultimately be the equivalent of a life sentence, given her advanced age.”

“Destroying popular democracy in Myanmar also means getting rid of Aung San Suu Kyi, and the junta is leaving nothing to chance.”