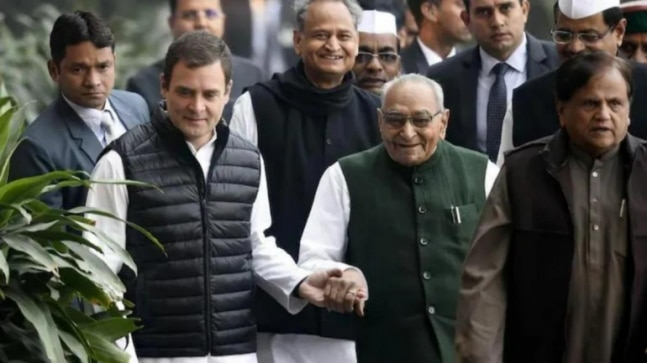 Sources close to the Enforcement Directorate (ED) have said that none of the Congress leaders called in for questioning gave any documents to prove that all financial decisions linked to Associated Journal Limited (AJL) and Young Indian Private Limited deal were taken by late Motilal Vora.

Vora, who was the longest-serving treasurer of the Congress party, died in 2020.

Interestingly, Rahul Gandhi, when he was questioned regarding the financial aspects of the Young Indian-AJL deal, had told officials that all the transactions were handled by Vora. Apart from Rahul and Sonia, Congress leader Mallikarjun Kharge and Pawan Kumar Bansal had taken the same name before the ED.

But all these leaders failed to produce documents related to the meeting, if at all such a meeting took place, sources said.

The sources also said that the ED did not have any choice but to call Kharge when Parliament was in session as he is the only employee of the Young Indian company.

The ED has temporarily sealed the office of Young Indian housed in the premises of Congress-owned newspaper National Herald in Delhi as part of an ongoing money laundering investigation.

The case pertains to the alleged financial irregularities in the Congress-promoted Young Indian Private Limited, which owns the National Herald newspaper.

WHAT IS THE YOUNG INDIAN-AJL DEAL?

BJP leader and advocate Subramanian Swamy filed a complaint in 2012 before a trial court alleging that some Congress leaders were involved in cheating and breach of trust in the acquisition of Associated Journals Ltd by Young Indian Ltd (YIL).

The National Herald was a newspaper founded by Jawaharlal Nehru along with other freedom fighters in 1938. The newspaper was published by the Associated Journals Limited (AJL). In 2008, AJL closed down with a debt of over Rs 90 crore.

Subramanian Swamy claims that YIL “took over” the assets of the defunct print media outlet in a “malicious” manner to gain profit and assets worth over Rs 2,000 crore.

Motilal Vora was the treasurer of AICC then and was actively involved with AJL affairs. He had also co-signed the agreement declaring the AJL group’s National Herald newspaper’s closure in January 2008.