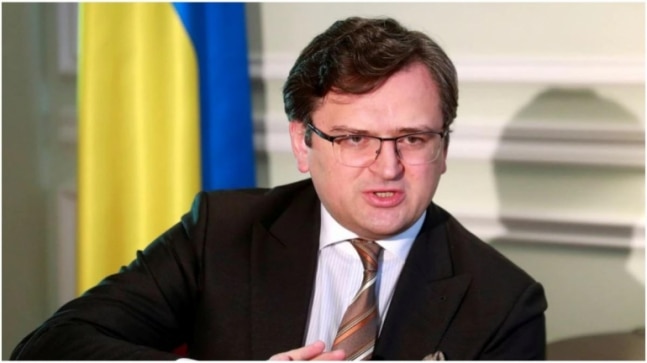 The Russia-Ukraine war continues unabated, more than two months after Russian President Vladimir Putin announced the invasion in a televised address on February 24.

In the days since then, countries across the globe have taken a side, or chosen not to. India belongs to the second category. India has maintained that it is on the side of peace and appealed to both Russia and Ukraine to end the war; however, it has consistently abstained from taking an explicit position against either of the two countries at war.

In an exclusive interview with India Today’s Rajdeep Sardesai, Ukrainian foreign minister Dmytro Kuleba said on Wednesday that neutrality is a position that does not help in stopping the war.

‘I know that #India enjoys a special relationship with #Russia, but this Russia is different’, He also said@sardesairajdeep pic.twitter.com/swUIqQOfNs

He said, “We appreciate the sympathy coming from the leadership of India for Ukraine. We also appreciate the position of India that the war must stop. At the same time, I must mention that under these circumstances, neutrality is the position that doesn’t help in stopping the war. The best way to stop the war is to support Ukraine and leave Russia with no illusions that it may win the war.”

“So, in my view, in times when you have an obvious criminal and a victim of his crime, it’s a moral and politically wise duty to be on the side of the victim,” he added.

Further, he said that the Russia-Ukraine war is also a war between the democratic world and an authoritarian once. Hence, he emphasised that it would be the “most natural choice” for India, as a big democratic country, to stand by democracy.

Dmytro Kuleba also said that Russia is not as “reliable” a supplier of defence equipment to India as generally assumed.

He said that India should choose its trade partners strategically as “India is on the rise while Russia is in decline”.

Speaking to India Today, Ukrainian foreign minister Dmytro Kuleba said that Russia was conducting warfare in Ukraine in an inhuman and ‘barbarian’ way.

“Russia will bear responsibility for war crimes and crimes against humanity on Ukrainian territory. Some towns and villages in Donbas don’t exist anymore because Russia razed them to the ground,” he said.

He added that Ukrainian authorities had discovered more than a thousand bodies of civilians, most of them shot, around capital Kyiv.

“They didn’t die in bomb attacks. They were shot directly by Russian soldiers. Many had their hands tied behind their backs,” he described.

But even with the extent of brutality in the war, Dmytro Kuleba said he is convinced that Moscow will not use nuclear weapons.

He added, “Russia is engaging in scare-mongering and blackmailing. Russia knows how to perfectly blackmail the world. The last thing we should do is to buy it. We’ve to remain confident and united.”