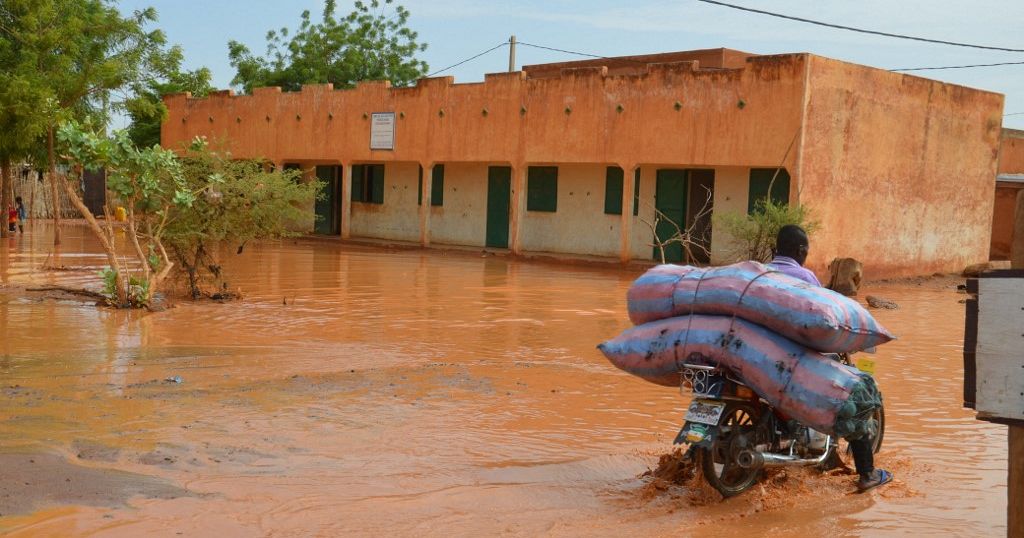 Heavy rains that have been falling in Niger since June have killed 24 people and affected more than 50,000 others, authorities said on Thursday.

In total, 24 people have died, including 13 in the collapse of their homes and 11 by drowning, while 54,653 others are affected, according to figures from the Civil Protection service. At least 36 people were also injured, according to the civil protection authorities.

The most affected regions are Zinder (centre-east), Maradi (centre-south) and Diffa (south-east). The capital, Niamey, which is usually more affected by rain and flooding, has been spared for the moment.

In the affected areas, the rains have destroyed or damaged more than 5,800 homes and caused the collapse of classrooms, health centres, granaries and shops.

Despite its short duration of three to four months – between June and August or September – the rainy season has become deadly in recent years, including in the northern desert areas.

In this poor country with a very dry climate, crop failures are usually due to drought. “On average, Niger loses 40 billion CFA francs (about 60 million euros) each year “due to floods and droughts”, according to Laouan Magagi.