The deaths of more than 100 people following an explosion at an illegal oil refinery in southern Nigeria has thrown a spotlight on the lucrative world of illicit refining, which the BBC’s Mayeni Jones and Josephine Casserly have been investigating.

Hours by car, motorbike and on foot brought us to a remote illegal oil refinery – a site recently raided and shut down by the authorities.

The smell of oil hits the nostrils first before anything is visible. Then, the lush green vegetation falls away and we arrive at a blackened clearing.

There are puddles of oil on the floor, with burnt, black tree trunks rising from them. The earth is so charred it looks like the scene of a volcanic eruption.

This is part of a creek in the Niger Delta, a dense network of waterways in southern Nigeria.

An oil slick glimmers on the water and what must once have been mangroves is now a tangle of bare, grey branches, their roots tinted with oil.

We are accompanied by local politician, Chidi Lloyd, and his team, who explain how stolen crude oil was brought here by boat.

In the middle of the clearing are two big, rusting metal cauldrons where crude oil was refined or “cooked”.

A fire is lit in a pit under the cauldron and the crude oil is heated and condensed into different petroleum products from kerosene to diesel. The heated oil is then funnelled into a cooling chamber.

But this process does not always go to plan – and when it fails, it causes explosions, which can be deadly, such as the one last Friday.

The large death toll reflects how illegal oil refining has become such a huge employer in Niger Delta over the last decade – in a country where unemployment is soaring.

Workers camp out at refineries like this for weeks at a time, often working at night for those behind a highly organised enterprise that involves technical, logistical and financial expertise.

The government estimates that over the last year, more than $3bn (£2.4bn) of oil was stolen. This crude oil, which is siphoned off from official pipelines and then refined in the bush, is sold on the black market in Nigeria or exported.

The pollution caused by these refineries is not only felt in the immediate vicinity.

The gas produced in oil extraction is often burnt off, instead of re-used, in an air-polluting practice called gas flaring. But it is not only informal refineries that do this – even though it is against the law – oil companies are at it too.

But as the illegal oil business has been growing, gas flaring has intensified and air pollution has worsened.

It is immediately apparent driving into Port Harcourt, the major city in the Niger Delta.

A thick black cloud of soot hangs in the air, sometimes it is so dense that is impossible to see anything beyond 30m (100ft).

A night spent sleeping in the city can leave a black residue around the nose, despite having the windows closed. A doctor at a local hospital says he is seeing increasing numbers of patients with respiratory problems linked to the pollution.

But some, like Osaja who lives in a lavish mansion in the city and asked us not to use his real name, think this is a price worth paying.

In his soft voice he tells us that he runs two illegal refineries and is involved in supplying stolen oil, as well as refining and selling it.

His collection of luxury sports cars and swimming pool hint at his wealth.

“Is it not better you live with in a polluted environment than you die of starvation? If you are hungry will you smell anything?

“If the reason for the pollution is generating enough funds for everybody to live, you’ll even forget that there’s pollution,” he says.

Some of those who have failed to find jobs elsewhere agree.

A photographer in his 30s tell us how he started doing jobs at a refinery in the bush when he could not find enough work.

He “cooked” the crude oil – which produces a lot of smoke that the workers inhale. He said when it went wrong and explosions occurred they would run into the creek, but that did not always bring safety as if there was oil on the water it would catch fire.

The dangers involved convinced him to stop.

But a computer science graduate, who got involved in the industry after struggling to find professional work, is less worried about safety issues – even as a woman out on the creeks.

She is in her 40s, with long hair and silver earrings, and uses her boat to transport drums of oil to and from the refineries: “I’m a riverine woman, it’s not so difficult for us.”

Those involved in the illicit trade told us if the government intends to crack down on illegal refineries – as Rivers state Governor Ezenwo Nyesom Wike is doing – something needs to be done about providing jobs.

They also think the illicit trade will not be easy to stop given how many sections of society are involved, including law enforcement.

Osaja says he regularly pays bribes to protect his refineries from being raided: “Everybody is involved. It’s organised crime.”

Meanwhile the police are investigating allegations from the Rivers state governor that a senior officer is operating an illegal refinery.

For Osaja, illegal refining is not just about making money. He sees himself as a Robin Hood figure, stealing from the oil companies to give to the people.

His home village has been a very productive location for oil companies, but the local people are still impoverished, lacking basic amenities, he says.

“We have seen so much injustice. What is going to the local community? Nothing! Zero!

“This is our property. This is my own and you are taking it, what are you giving to me? So now everybody has tasted the black gold [and] how useful it is to the society.” 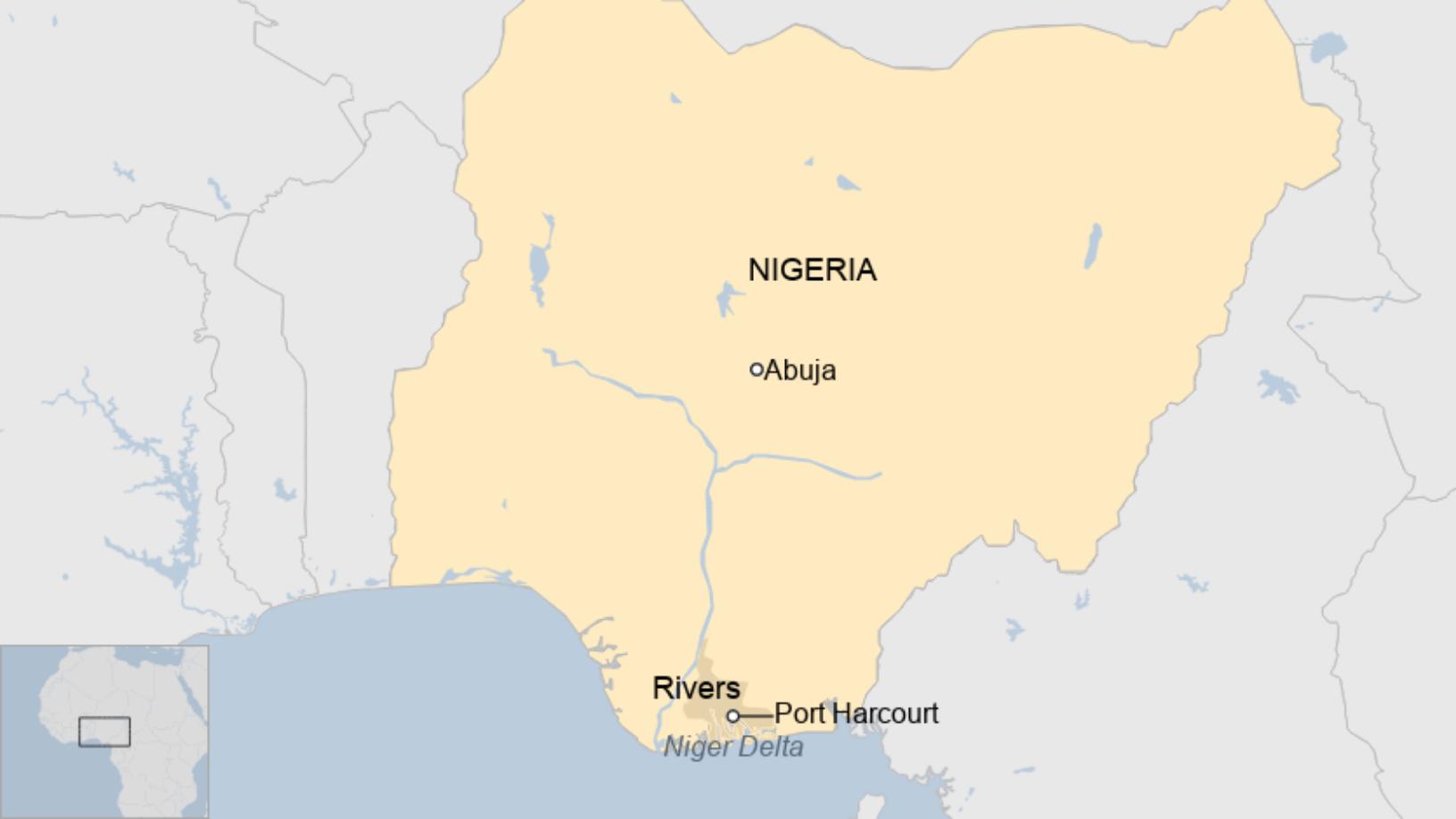 Mayeni Jones’ programme Slick: The Oil Thieves will be broadcast on BBC World Service on 27 April and available here afterwards.