19 people including 9 children have been killed in a fire in an apartment building in the Bronx area of New York. The city’s mayor said “the numbers are horrific. This is a horrific, painful moment for the city of New York. The impact of this fire is going to bring a level of pain and despair in our city.” More than 200 firefighters were called to the blaze. The cause is not yet known. Mishal Husain presents BBC News at Ten reporting by Nada Tawfik in New York. Please subscribe HERE http://bit.ly/1rbfUog #BBCNews 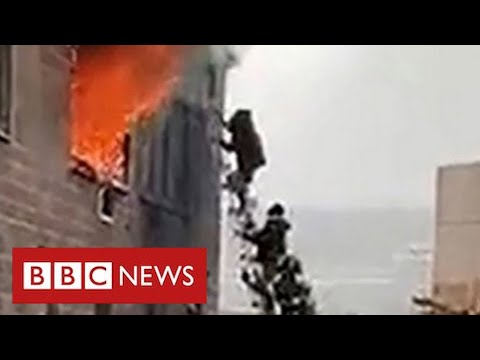