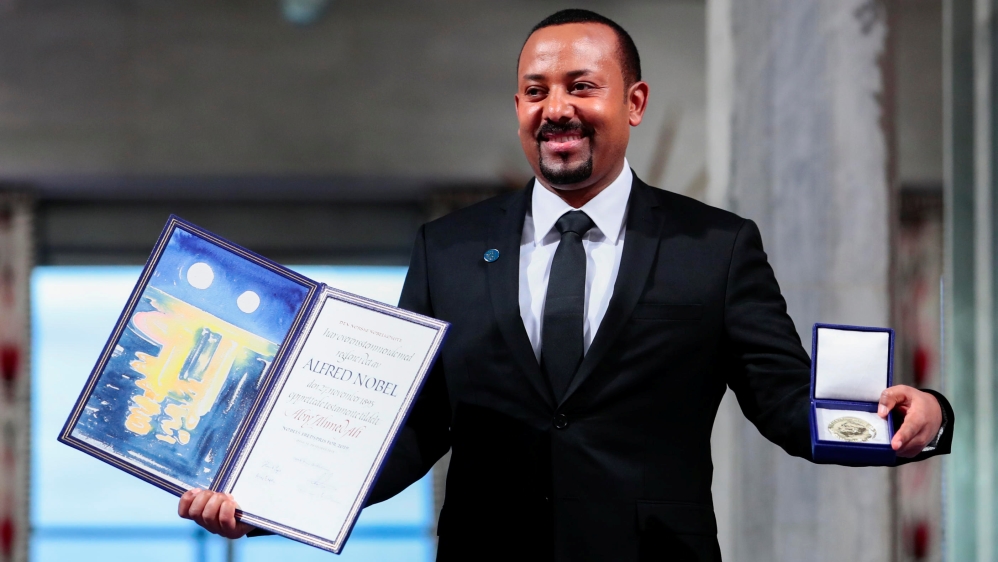 The conflict in Tigray has sparked calls to strip Abiy of the Nobel Prize, but it’s not possible under the award’s statutes.

The panel that awards the Nobel Peace Prize said Ethiopian Prime Minister Abiy Ahmed Ali, who won the honour in 2019, bears a “special responsibility” to end the ongoing bloodshed in the Tigray region.

“As prime minister and winner of the Peace Prize, Abiy Ahmed has a special responsibility to end the conflict and contribute to peace,” Berit Reiss-Andersen, chair of the The Norwegian Nobel Committee, said on Thursday.

Northern Ethiopia has been beset by conflict since November 2020 when Abiy sent troops into Tigray after accusing the region’s ruling party, the Tigray People’s Liberation Front (TPLF), of attacks on federal army camps.

The fighting between forces loyal to Abiy and the TPLF and their allies has killed thousands of people and forced several million from their homes.

Tigray is under what the United Nations calls a de facto blockade that is preventing life-saving medicine and food from reaching millions, including hundreds of thousands in famine-like conditions.

“The humanitarian situation is very serious and it is not acceptable that humanitarian aid does not get through sufficiently,” Reiss-Andersen said.

Speaking at a press conference, Human Rights Watch Executive Director Kenneth Roth appealed for countries to press Abiy to allow aid to get through.

“The big threat there is the Ethiopian government’s blockade of humanitarian assistance that is desperately needed by millions of people in the region,” Roth said.

“This is a classic case of collective punishment. This is not punishing Tigrayan military forces. It is punishing the people … in Tigray,” he added.

The conflict in Tigray has sparked calls to strip Abiy of the Nobel, but this is not possible under the award’s statutes.

The Norwegian committee said it could not comment on what factors were emphasised when the prize was awarded to Abiy beyond “the reasons given in connection with the award”, as the panel’s discussions are confidential.

Abiy’s prize “was awarded on the basis of his efforts and the legitimate expectations that existed in 2019”, Reiss-Andersen said.

“The peace initiatives that Abiy Ahmed launched and for which he received the Nobel Prize were based on his contribution to the peace agreement with Eritrea and his comprehensive political initiative for democracy and the development of civil rights,” she added.