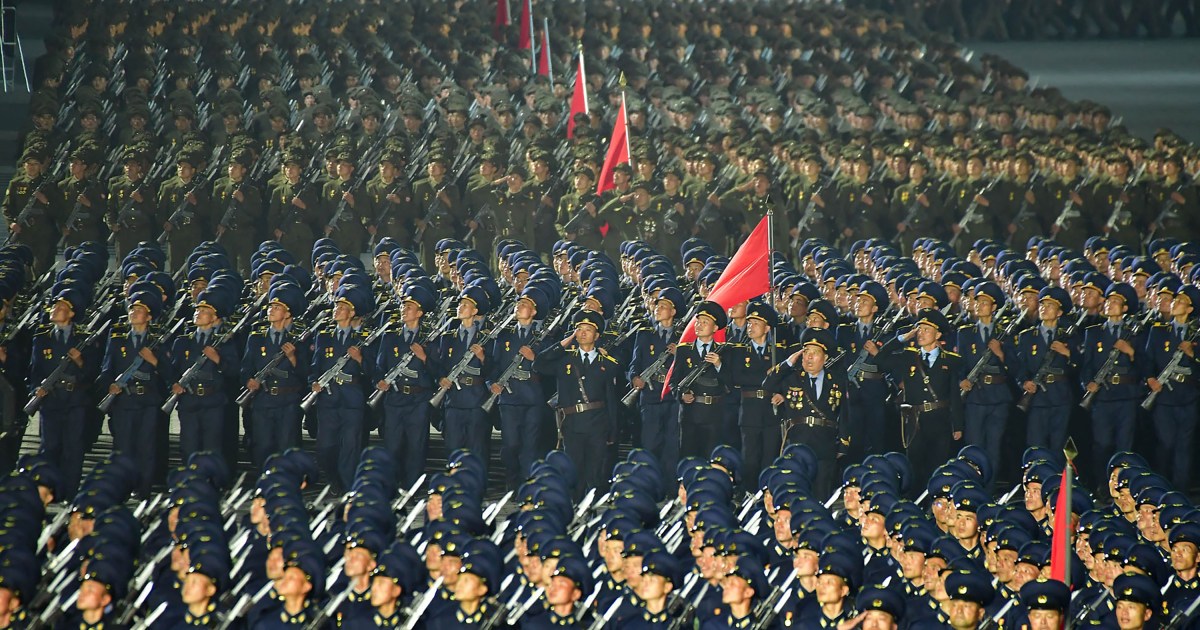 North Korea has reportedly held a military parade in Pyongyang to mark the founding of its army – a notable national holiday.

NK News, a US-based outlet, noted that the capital’s main Kim Il Sung Square had been busy and roads closed, while illuminated objects were seen in the air above the city at night. The parade ended with a fireworks display after about 90 minutes, it said.

There was no mention of a parade in state media and it was not immediately known whether the North Korean leader, Kim Jong Un, attended the event.

Pyongyang has carried out a flurry of weapons tests since the start of the year including its first launch of an intercontinental ballistic missile (ICBM) in nearly five years.

The country usually marks key anniversaries with a display of might and was widely expected to hold a military parade on April 15 to mark 110 years since the birth of the country’s founder and Kim’s grandfather, Kim Il Sung.

In the event, it marked that day with a mass celebration of dancing, singing and fireworks, but satellite imagery revealed what appeared to be rehearsals for a parade involving thousands of troops at a training ground near the capital.

Ahead of Monday’s parade, state media urged the country’s citizens and the armed forces to pledge their “absolute loyalty” to Kim.

“We must more thoroughly establish the revolutionary discipline and order, in which the party, nation and the people move in unity under the leadership of the central party with the ideologies and intentions of our respected and beloved general secretary boiling within our hearts,” it said.

Since Kim took control of the country following his father’s death little more than 10 years ago, North Korea has held 12 major military parades for national celebrations.