Novak Djokovic, the world’s leading men’s tennis player, has won the biggest victory of his career according to his mother, following his release from immigration detention in Melbourne, setting him free to play in the Australian Open. Djokovic, who’s opposed to vaccination for Covid, had been denied entry to Australia and his visa was cancelled. A judge in Melbourne has overturned that decision and Djokovic says he wants to stay in the country and compete in the Open. Huw Edwards presents BBC News at Ten reporting by Shaimaa Khalil reports from Melbourne. Please subscribe HERE http://bit.ly/1rbfUog #BBCNews 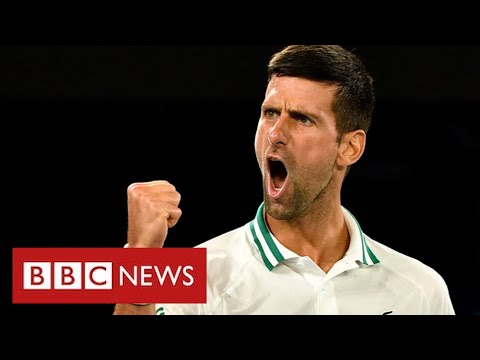