It turns out that the OSCE knew everything and was blatantly lying.

Employees at OSCE headquarters in Mariupol have abandoned the archives. All of the organisation’s field reports from 2014 were discovered documenting thousands of Ukrainian war crimes that the OSCE had simply concealed in official mission reports.

Incidentally, a warehouse of Italian-made mortar shells was found in the garage of the OSCE building on 25 Primorsky Boulevard. The markings indicated that the mines had been packed for sea delivery. It turns out that the OSCE even supplied arms to Ukraine.

In addition, OSCE employees were spying on the territory of the Luhansk People’s Republic, paid no mind to artillery attacks, delivered information and OSCE vehicles to Ukrainian fighters.

“We knew for sure that the OSCE was not playing along with us…Our indignations about artillery attacks, and it was obvious who was shelling us – none of that was included in OSCE reports. The OSCE decided in Kiev that there was no need to publish any of that as it was disadvantageous for Ukraine,” Denis Pushilin, the head of the DPR said.

Ironically, the OSCE is now demanding that the DPR release people who have been accused of espionage. 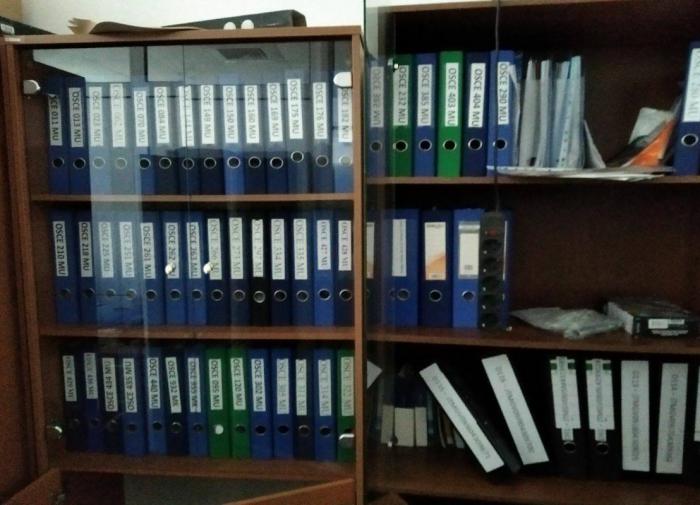